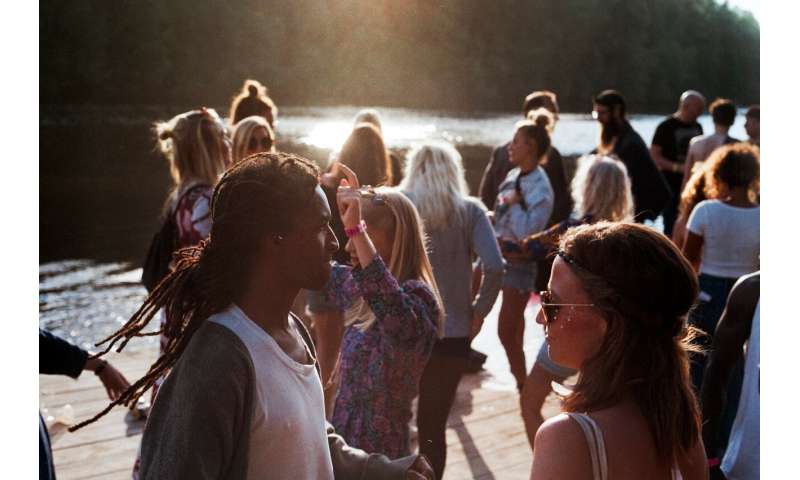 Discrimination may happen faster than the blink of an eye, especially during periods of economic scarcity, according to a new study from Cornell University.

“Scarcity mindsets can really exacerbate discrimination,” said Amy Krosch, assistant professor of psychology at Cornell. “We show that tiny shifts in the processing of minority group faces under scarcity could have downstream consequences for inequality.”

In the first experiment, 71 undergraduate psychology students from a private university—none of which identified as black or African American—were asked to look at pictures of white and black male faces on a screen. Participants then awarded each face up to $10 based on “subtle perceptions of recipients’ deservingness.”

A control group was told $10 was the most each face could receive. But members of the experimental group believed they were randomly assigned only $10 out of a possible $100 to give away each time—a difference that imparted a sense of scarcity.

Scalp electrodes measured the time each study participant took to perceive recipients distinctly as human faces, a subconscious process linked to activity in the fusiform gyrus that is known to take just 170 milliseconds, or less than two-tenths of a second.

Within the control group, test subjects took about the same amount of time to process faces of either race, and distributed money to them evenly.

But in the group that perceived resources as scarce, participants took “significantly longer” to process black faces than white faces on average, the study found. The researchers also showed that these perceptual delays related to anti-black bias, in which participants allocated less money to black faces.

“It’s taking them longer to see a black face as a face, and the extent to which that’s happening then predicts how much they discriminate against that black individual,” Krosch said.

Krosh’s team ran a second set of experiments that imaged brain activity to test whether the “impaired” visual processing of black faces was linked to a devaluation of faces and then to biased behavior.

The scans revealed dampened activity in the striatum, a brain region involved in valuation and reward processing. That suggested that test subjects may have devalued black faces they saw as “less face-like” or, in a sense, less human. Dampened fusiform and striatum activity correlated to less money given to black recipients.