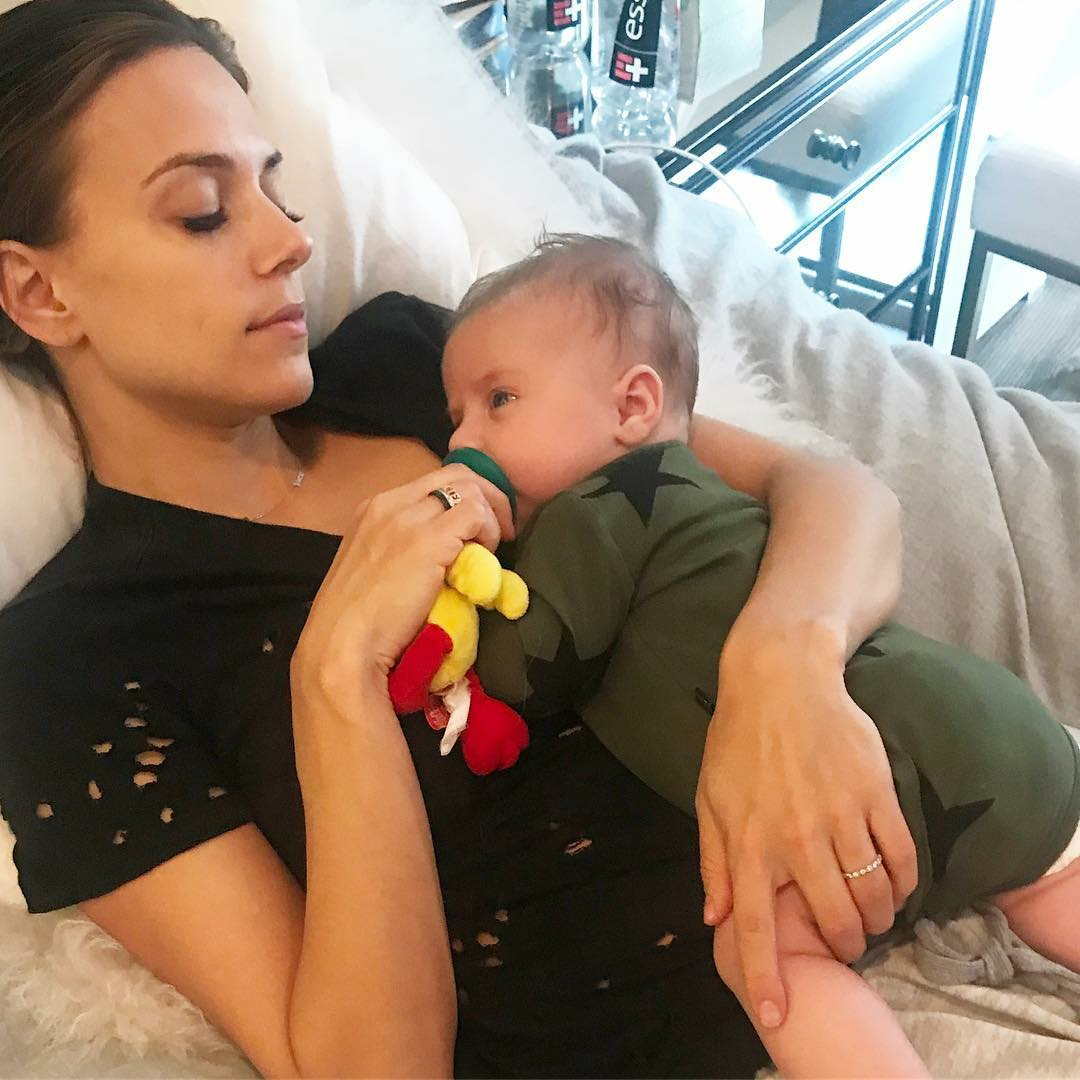 Plot twist! Jana Kramer and her husband, Mike Caussin, welcomed a baby boy in November 2018 — but the singer actually was hoping for a girl.

“Real talk, I really wanted another girl,” the “Whine Down” cohost, 35, who welcomed Jolie, now 3, in 2016, wrote on Instagram on Tuesday, April 16. “BUT, after having Jace, I seriously want a million more boys. I’m OBSESSED with him and I can’t imagine not having this little guy. I’m so grateful we were blessed with another baby and I’m beyond blessed it was a boy.”

The “Beautiful Lies” singer added: “I can already tell the momma son relationship is unlike any other! His future wife is screwed because I will be a monster in law because he’s my baby boyyyyyy!!!!!!”

In the sweet shot, Kramer closed her eyes while hugging her son to her chest on a couch.

As much as she loves “being a boy mom,” the One Tree Hill alum told Us Weekly exclusively earlier this month that she and the former NFL player, 32, aren’t conceiving any more children.

“He has a vasectomy appointment, scheduled next week, so we’re done,” the actress told Us at the time. “But we might adopt later in life.”

Kramer and the athlete tied the knot in 2015, renewing their vows two years later after Caussin cheated and entered rehab for his sex addiction.

The couple plan to tell their little ones about the scandal themselves. “I definitely think that’s going to be hard, because unfortunately, when they’re old enough, they’re going to Google,” the Michigan native told Us. “I personally would like for them to hear it from us first before they Google. They’ll never know specifics. That’s something that we’re not going to go, ‘Oh, you’re dad cheated.’ That’s not healthy for anyone to know. So it’s just, ‘Yes, this is your father’s addiction, but look at where we’re at now.’”