Sleeping in a satiny bonnet is one of the most reliable ways to keep delicate hair protected. And sure, while plenty of people remove their bonnets once they're awake, there's no written-in-stone rule that you simply mustn't go out in public wearing one. In fact, Cardi B wore her bonnet to one of the most important events of the year: election day.

Cardi B took to her Instagram Stories shortly after 5 a.m. on November 3 to let her followers know that she woke up super early, though she didn't immediately reveal why. 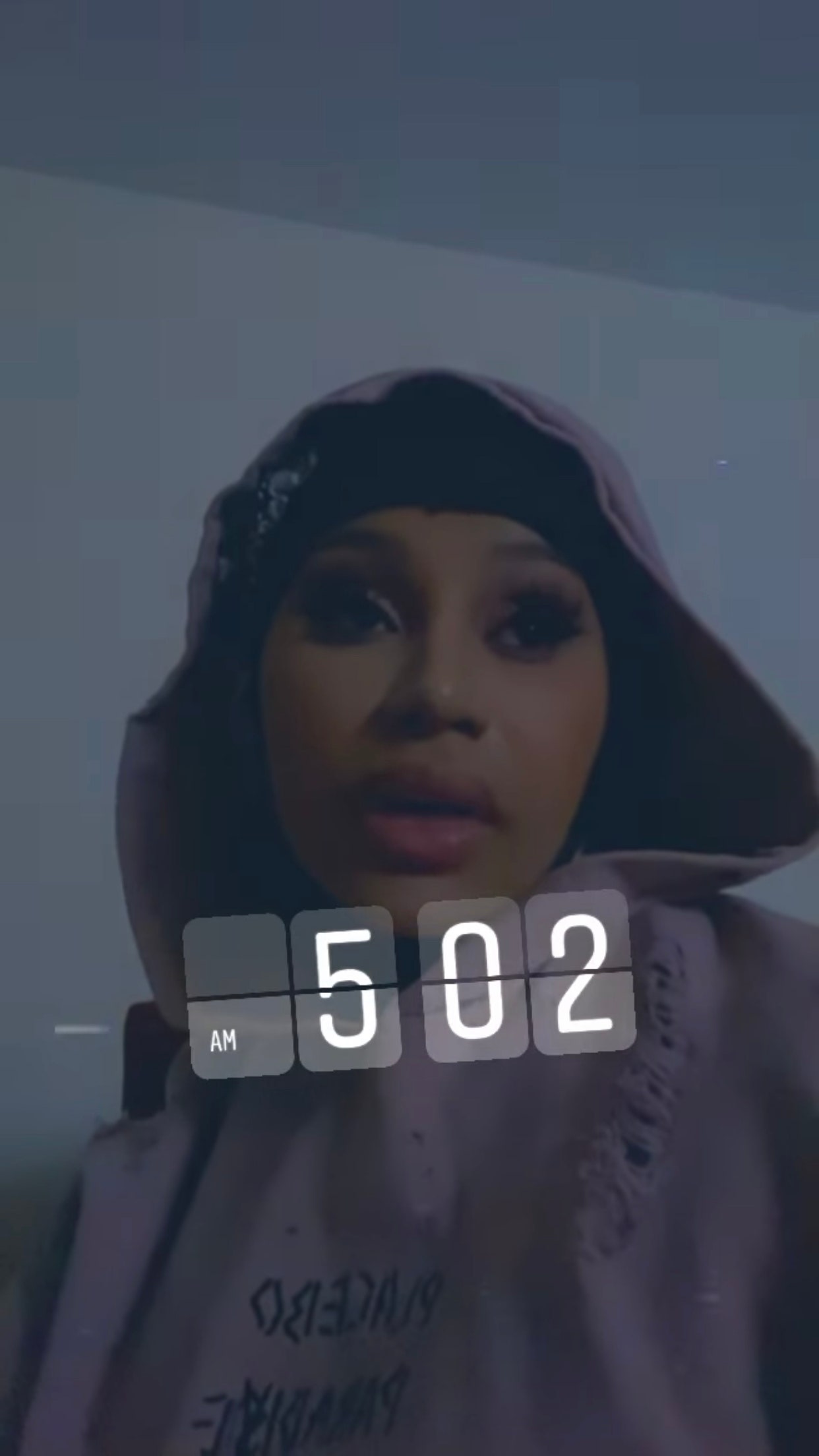 Not too long later, Cardi revealed in a video on her Instagram grid why she was awake at the crack of dawn — and what was under that hoodie. The award-winning rapper went to vote, and she kept her bonnet on to do so. "Nice and early!!! and there was ten people on line. GO VOTE," she wrote in the caption.

"Hey guys. I voted. It was easy-peasy. The hardest part was getting out the fucking car," Cardi says in the selfie video while sitting in the backseat of a car. "Shit, go vote because you will feel like you — I don't know, it feels good after you voted. You feel like you just did something. I don't know. I swear, it's like a weird feeling. So just go out there. My district where I was at, the community center was nice and warm. I hope your community center's nice and warm and comfortable. And yeah, go vote, you fuckers!"

In addition to her very cute leopard-print bonnet, Cardi is wearing two "I Voted" stickers on her nose. And while she might have not felt like doing her hair before heading to the polls, her makeup is fabulous: blended shadow, false lashes, glowing blush, and nude lips.

Regardless of your hairstyle — or lack thereof — today, take Cardi's advice: If you haven't already, vote before your polling place closes.