Megan Thee Stallion was truly out there serving looks at Glamour's 2021 Women of the Year Awards, which were held on the night of November 8 in New York City. The rapper wore an elegant updo for the event that honored several women from a variety of fields.

This wasn't just any old updo, though. Meg's hairstyle bears an uncanny resemblance to Audrey Hepburn's voluminous updo from the film Breakfast at Tiffany's. It would come as no surprise if the rapper's hairstylist for the night had a mood board filled with photos of Hepburn's look from the iconic film — and photos of Beyoncé, too. In case you missed it, Beyoncé also paid tribute to the actress's updo in Tiffany's "About Love" campaign, which was unveiled in August of 2021. Similar to Hepburn, Meg's updo was paired with some side-swept bangs, but Meg's are much longer than Hepburn's and cover her entire forehead.

The rapper's outfit for the celebratory night was also giving a whole Breakfast at Tiffany's mood. Just as Hepburn did in the film, Meg wore a pair of black gloves and an all-black outfit. She put a modern twist on Hepburn's black dress by opting for a two-piece ensemble featuring a turtleneck crop top and a long skirt. 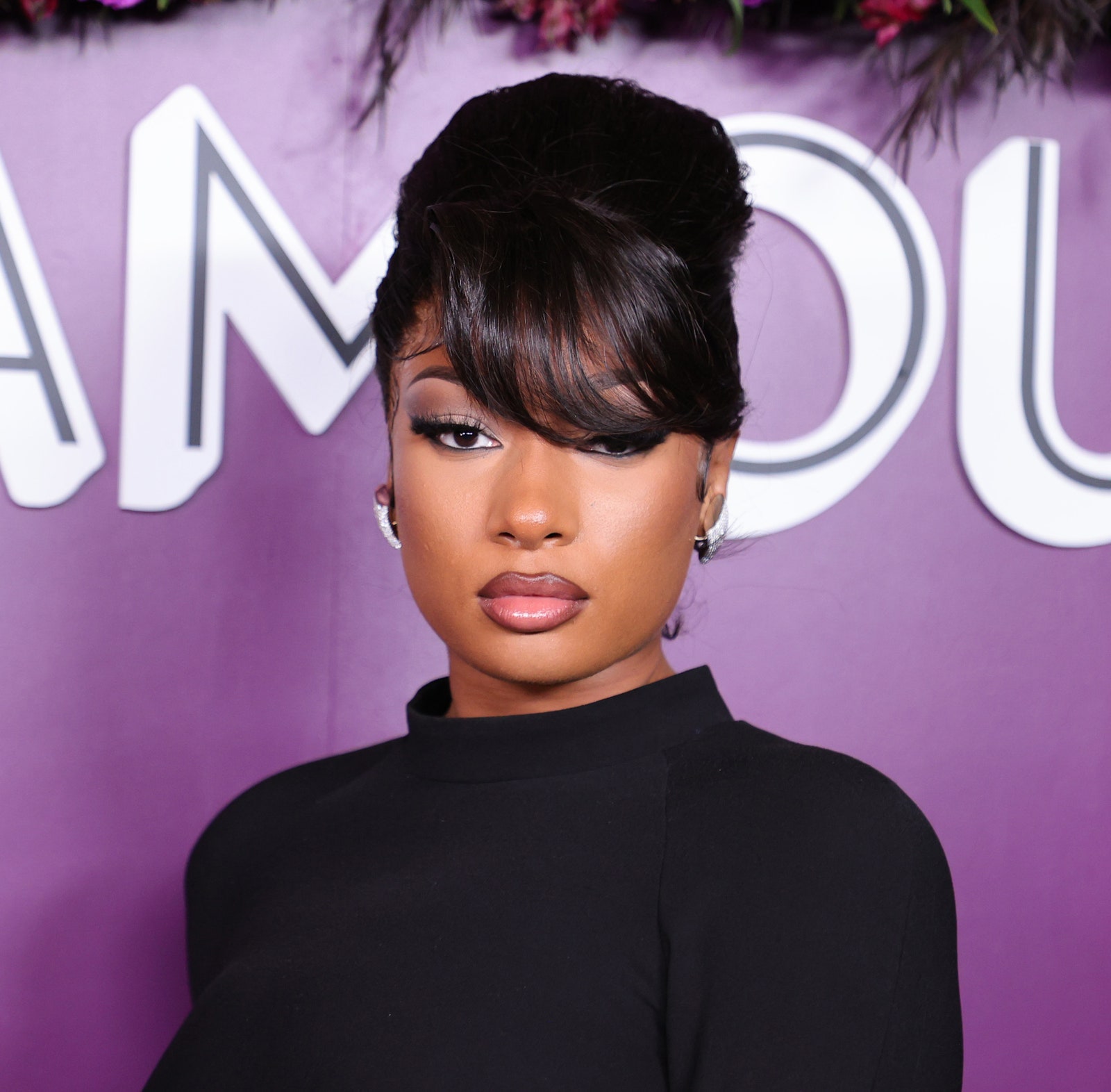 Meg also took to Instagram to share several photos and a video from the night in addition to thanking Glamour for honoring her as one of their women of the year. "Tonight was so amazing! Thank you @glamourmag for naming me one of the WOMEN OF THE YEAR!!! Congratulations to all of the women that were celebrated tonight," she writes in her Instagram caption.

On that note, we're so happy to see Meg receive this award. She couldn't have picked a better beauty muse for a night as monumental as this one.