Natalie Portman has been the face of Miss Dior, the French luxury house’s signature floral fragrance, since 2011 with the release of Miss Dior Chérie.

“It’s just such an iconic brand, and it’s also such an incredible family kind of feeling,” said Portman, calling from Australia, where she lived for many months while filming Taika Waititi’s anticipated “Thor: Love and Thunder,” out next year. She, husband Benjamin Millepied, and their two kids flew out of Sydney just last week, after she dropped out of HBO Films’ “Days of Abandonment” for personal reasons, according to the production company.

“Everyone’s just really lovely, and you can really feel the attention and respect to detail and this artistry of all the thousands of people who work on the fragrance and the clothes,” she went on, discussing working with Dior through the years. “It’s all so, so much hand work. People making beautiful things with their hands.”

François Demachy, the longtime in-house perfumer at Dior, is the man behind Miss Dior’s latest incarnation. Created in 1947 by Christian Dior, the scent represented hope and happiness for the couturier at the time as the world was emerging out of the darkness of World War II, noted the house. These days, amid the pandemic, “with this perfume, what we were hoping for was reopening doors, reconnecting to nature and to the smaller things of life, become more aware of beauty,” said Carole Biancalana — Dior’s fragrance flower producer at Domaine de Manon — alongside Demachy. The two were surrounded by flower fields in a livestream video from Grasse, France, where Dior cultivates its roses.

The Cape Makes A Return On The Runway

“And also be able to breathe again,” chimed in Demachy.

The fragrance is “slightly more spicy,” he said, explaining that he started off with the centifolia, an incredibly fragrant rose with thin and delicate petals. “Depending on the time of day, it can have that spicy touch…and I added more fruity notes, essentially peach and apricot, to get that indulgent note.”

He also incorporated iris and peony, along with Sri Lankan sandalwood for a woody note. 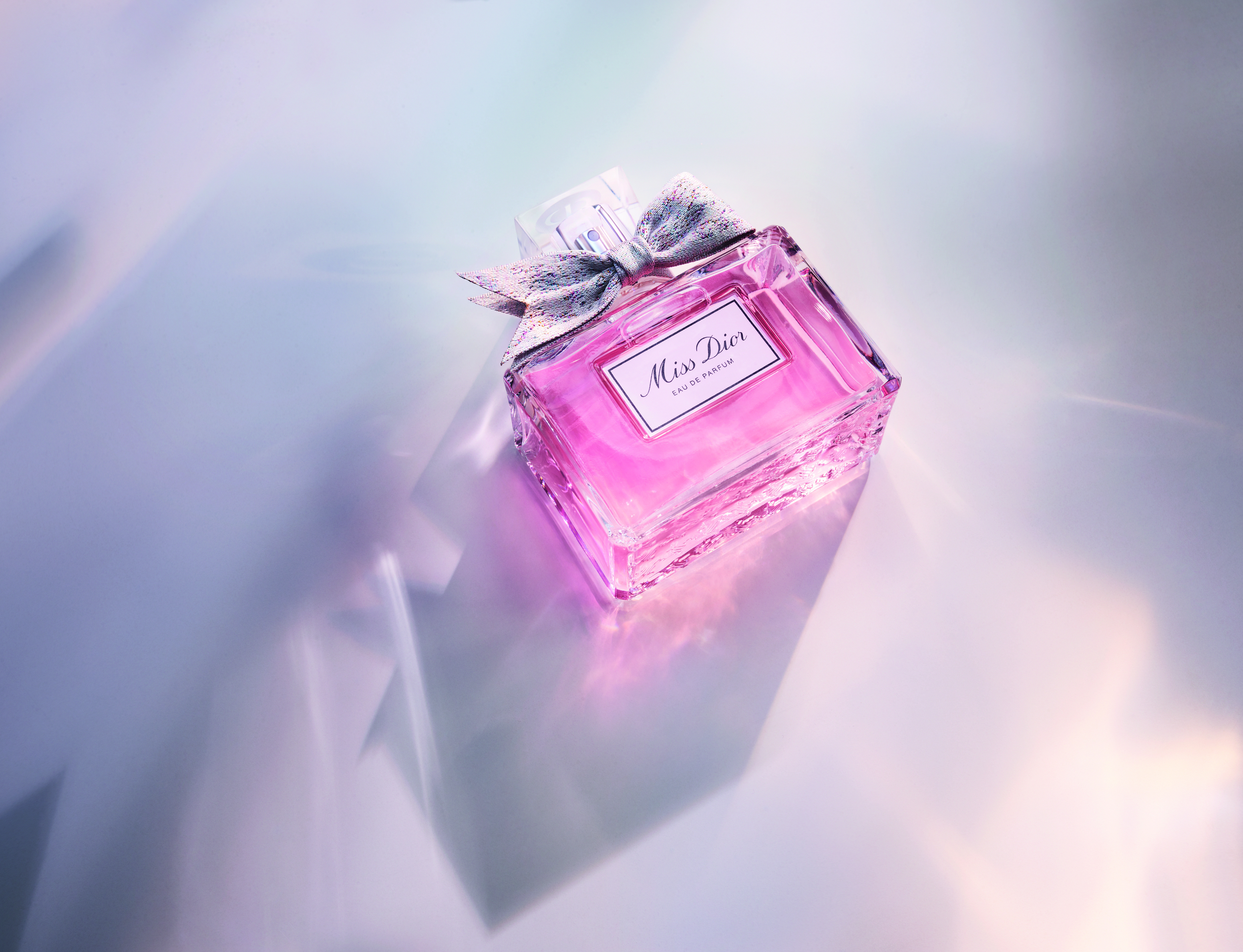 Portman brings the inspiration to life in a new Dior ad campaign, filmed in Australia. In the video, she’s seen immersed in nature.

“It was so beautiful to be really outside with the ocean, the fields and with the trees,” said Portman.

“It’s still so much about roses,” she said of the fragrance. “But then it’s also got so much earthiness to it. I think you feel it in the film, too. You’ve got this feeling of the forest with these top notes of the flowers. And I think it’s also so much about this character, too. You’ve got this love and sensuality and wildness, but also something quite grounded and engaged with nature, and real, something very true.”

Miss Dior Eau de Parfum — priced at $138 for 100 ml. (as well as $108 for 50 ml. and $82 for 30 ml.) — will be available on Aug. 23 at Dior.com, followed by select retailers on Sept. 1. Adorned with its familiar bow — this time a little more festive — each bottle is made with 30 percent less glass, with packaging redeveloped in sustainably harvested, FSC-certified paper.

“It’s so much about this woman wanting to be really paying attention to her own pleasure,” Portman said of the character she embodies in the ad. “You really get the sense that she wants the fragrance for herself, as an expression of herself. And I love that, because that’s really felt like a shift from the early days of [fragrance ads] always being about romance and, you know, someone else smelling you. With this, you get the sense that she’s enjoying her own scent.”

Portman has been vocal about women’s rights for years. With Dior, she’s helped support a girls school in Kenya, and more locally in Los Angeles she’s been involved with A New Way of Life, an organization providing housing, pro bono legal services and leadership development for women who were previously incarcerated and looking to rebuild their lives.

It’s activism that led Portman to join Instagram, where she has 7.4 million followers. The actress, usually private, made headlines for getting on the social media platform.

“Really, it’s because of Time’s Up,” she said of the movement, created to support victims of sexual discrimination, harassment and assault, of which she’s a founding member. “When Time’s Up started, it made me kind of understand that all of the activism was happening online on social media. And so, yeah, it’s been an interesting ride to see how there’s a whole world [that exists]. When you’re not on social media, as I was not for so long, you’re just not aware that that’s going on. And then when you’re on it, it feels like such a strong reality, almost a second life that you’re living, this other world. It’s definitely been eye-opening.”