Skip to content
HomeSkin & Body CarePharrell Is Launching a Skin-Care Line Called Humanrace, and We Tried It First

What our spirits might also need, Williams suggests, is three skin-care products — cleanser, an exfoliant, and a moisturizer — from his forthcoming line, Humanrace, which launches November 25 on a website of the same name.

Williams appears via Zoom from the expansive white kitchen of his Miami home. A thin line of facial hair suggests his age (47) although not very well. When he smiles, the mustache flattens into a bold underline. His cheekbones are painted in radiant pixels.

Williams is famous for many reasons. Chief among them: His talent as a hitmaking producer and recording artist, able to unite the nation's club revelers and six-year-old Despicable Me fans under one enchanting bass line. But his celebrity has also been accompanied with public fascination about his good looks, which have been on display for decades and somehow have not changed, unless they have somehow gotten more imperceptibly handsome with time? 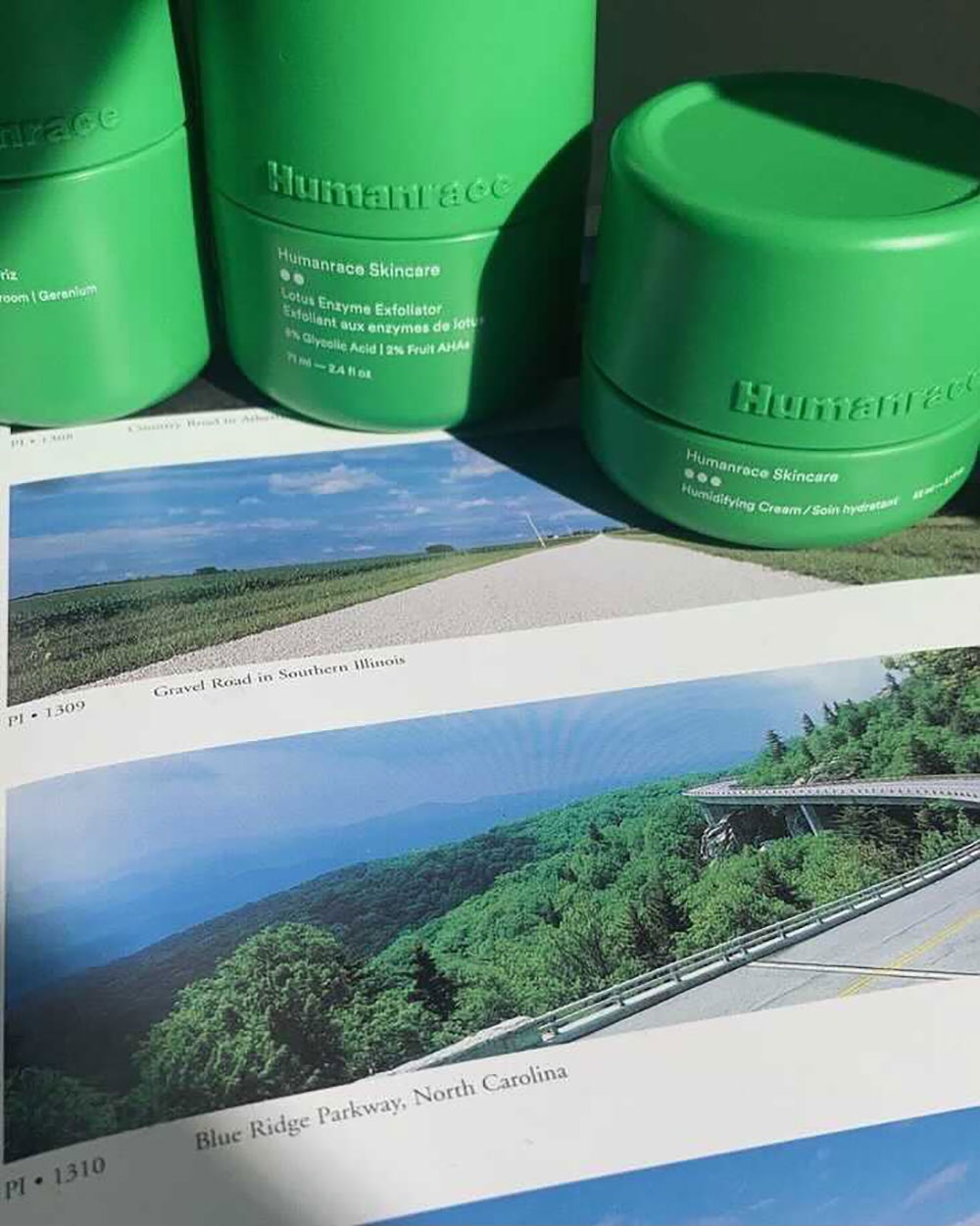 Williams credits this to a love of skin care he has been cultivating since his mid-20s. On set, early in his career, he'd chat up models about the kinds of products they used, and he eventually sought out a dermatologist, Elena Jones, who has treated him since and who consulted on the line.

"What struck me most about my first meeting with him was how committed to his skin and health he was at his age," Jones tells me over the phone later. "He wanted a routine to follow, and he’s dedicated to a skin-care regimen. He wanted explanations for everything."

In Jones' words, the three Humanrace products endeavor to fulfill the most basic requirements of a skin-care routine: Prepare, repair, protect.

To prepare your face to receive skin care, you wash it. Jones and Williams might hope that you'll use Humanrace's Rice Powder Cleanser, which arrives dry. A dime-sized dusting of the stuff, mixed with water, produces a milky, lightweight emulsion that gently exfoliates using fruit alpha hydroxy acids (AHAs) — compounds that dissolve the bonds between dead skin cells until they can flutter away like snowflakes into a passing breeze. (More of these to come later). (The acids, not the needlessly descriptive language!) Over half of the cleanser formula is kaolin clay, a common skin "detoxifier" mined for centuries for the manufacture of porcelain. 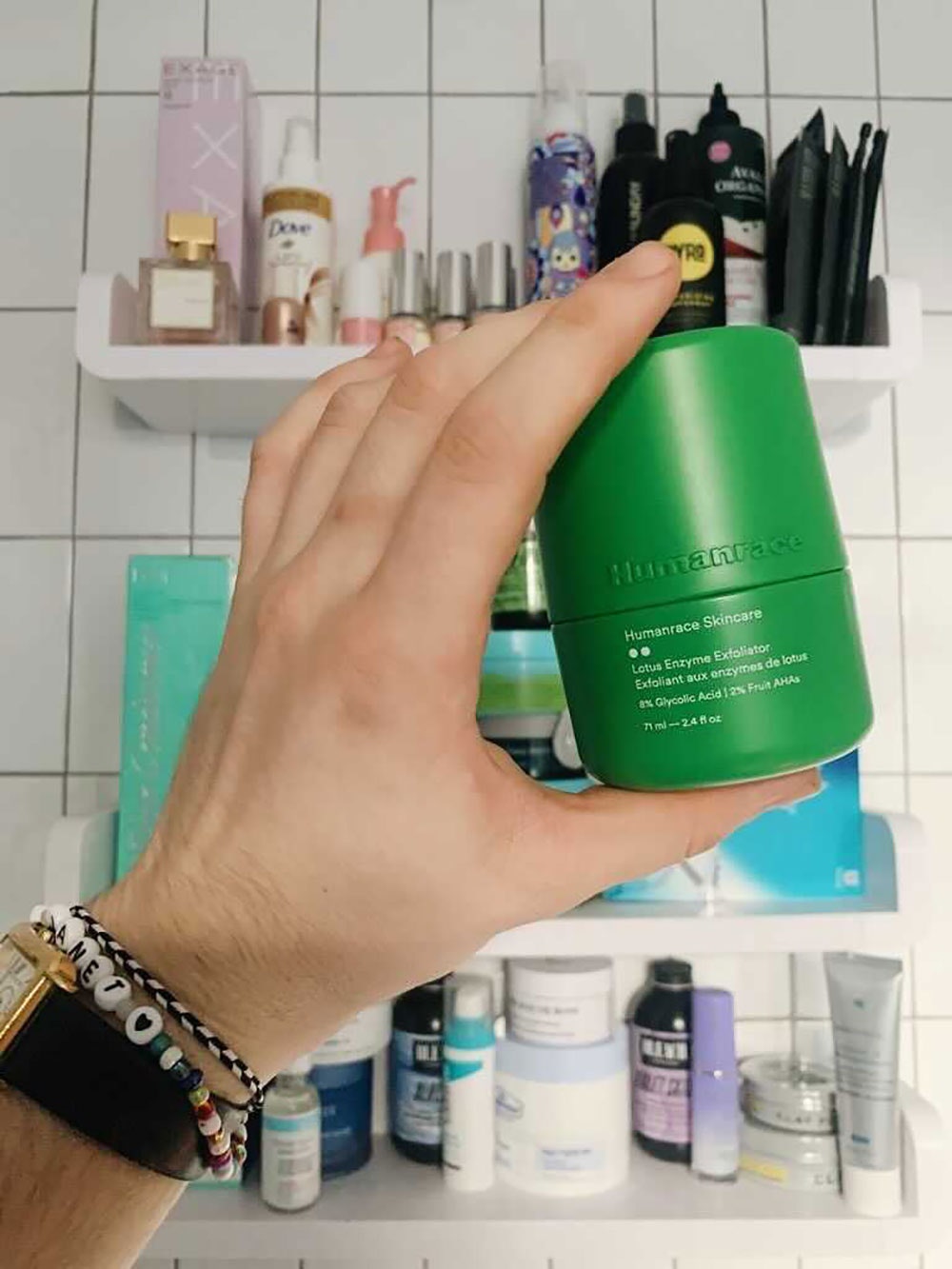 To repair your face from all of the general damage it experiences, you exfoliate, using a chemical peel like the Lotus Enzyme Exfoliant. Formulated foremost with glycolic acid — a favorite ingredient of Williams, I am told from a press release — at the relatively high concentration of 8 percent, the cream invites new and fresh cells to the skin's surface.

The last product, the Humidifying Cream, is inspired by the downy atmospheres of the places Williams has lived and loved — his hometown of Virginia Beach, his now home of Miami, the mist-covered Japanese archipelago. It is a dense and creamy blanket of moisture, formulated foremost with snow mushroom extract, a moisture-binding organic ingredient with roots in Chinese medicine that behaves similarly to hyaluronic acid. (According to board-certified dermatologist Dendy Engelman, however, the snow mushroom particle size is much smaller than that of HA, allowing it to absorb into the skin's layers more easily.) And anyway, the cream has HA, too, plus soothing rice water and niacinamide. At the time of our interview, Williams also wears a sunscreen that he confirms is not yet available for purchase.

A review of the full ingredients list for each product by an impartial cosmetic chemist reveals: They are formulated beautifully. (In Ni'Kita Wilson's words: "It all checks out!")\ 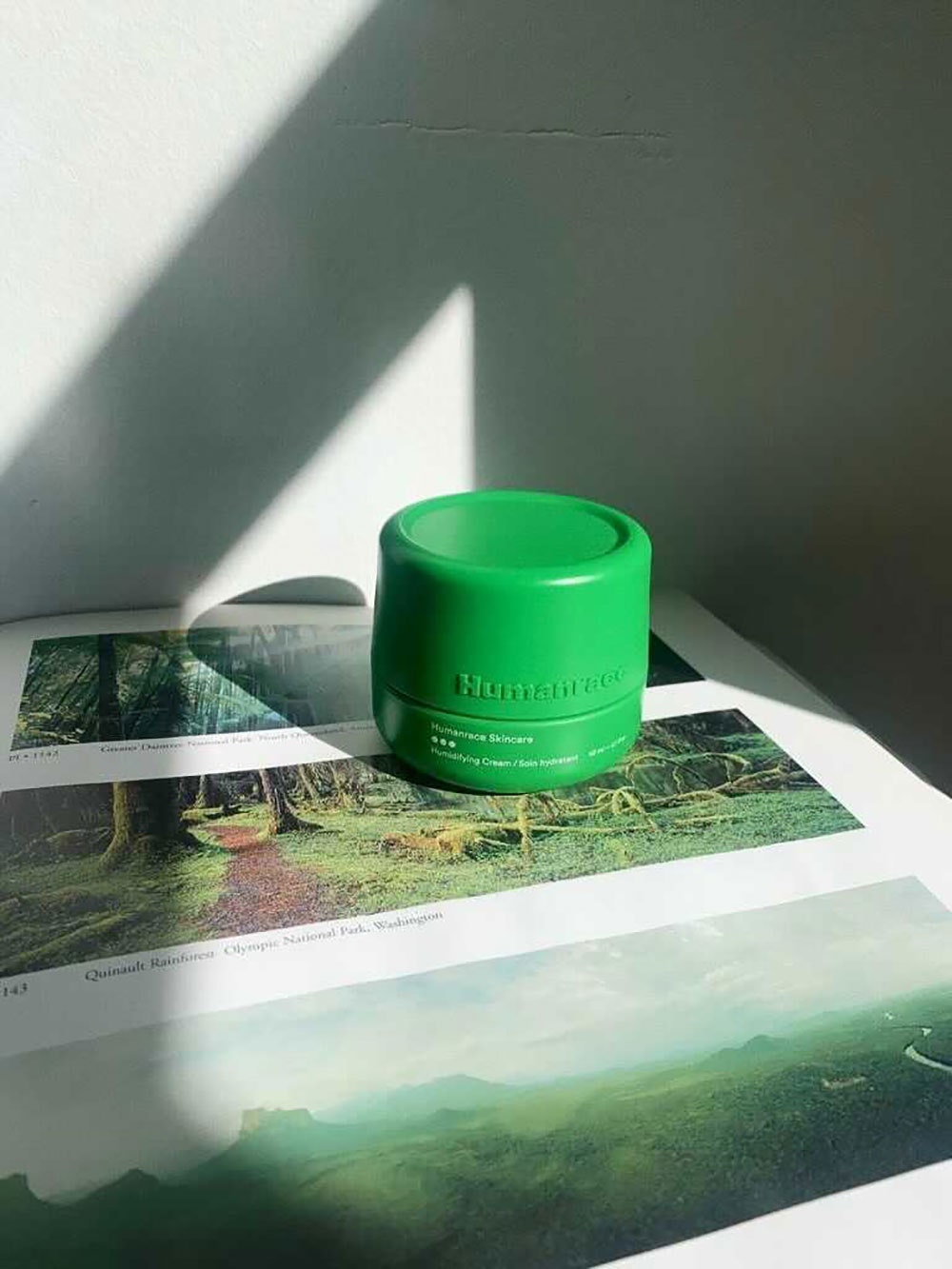 The packaging is grass-green in color and grass-green in sustainability: 50 percent of the plastic used to house Humanrace's products comes from post-consumer recycled plastic, with only a small amount of virgin plastic used — and each product has a removable inner chamber that can be exchanged for a refill. The cap is embossed with a raised logo that is nice to run your fingers across — a sensation I suspect is gifted to us directly from Williams, who pointed it out during the interview with dad enthusiasm — and is mirrored with the brand's name in Braille. Held in your hand, each product has the satisfying heft of a finely crafted thing.

Williams loves the Earth. He also loves his family, music, God, vintage trunks, Lanvin flats ("I like it when girls leave them on in those unexpected moments," he once said), the White Stripes, Metro Boomin, sharing the spotlight, the beach, "everything that Frank Gehry does," you and everything you are. He loves women to the point of religious fanaticism. "How can a woman be a minority when everybody comes from a woman?" he asks. But, to be clear, he loves you no matter your chromosomes. Williams' respect for other people is boundless. 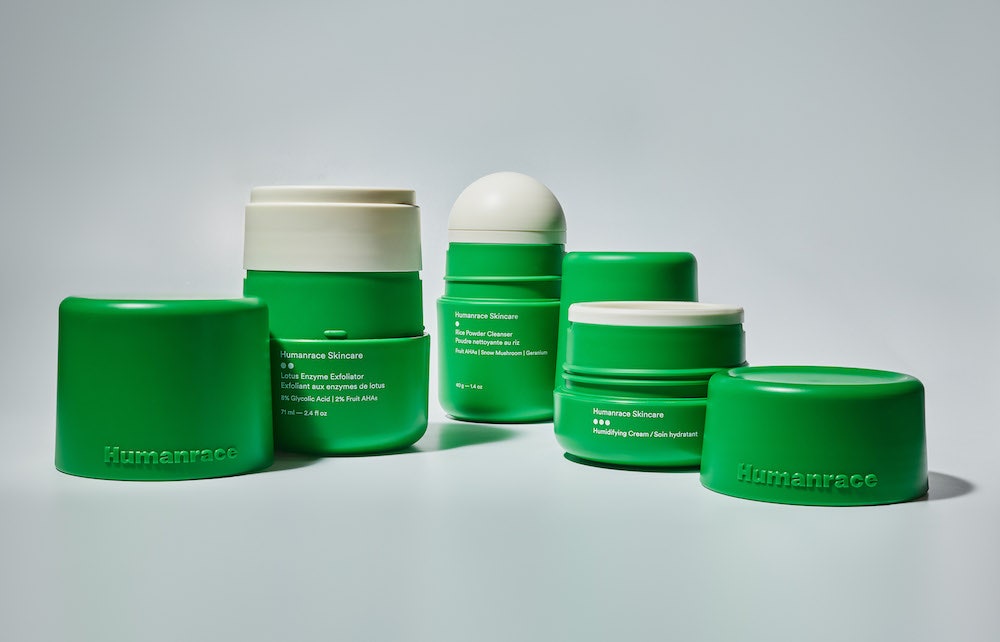 To Williams, a skin-care line is more than popping cheekbones and acid-based exfoliation: It is a small, three-minute gesture of self-compassion. He thanks you for your consideration. He hopes you will purchase Humanrace.