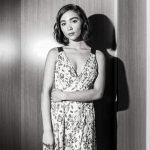 Rowan Blanchard was 14 years old when she made headlines for a social media post in which she shared that she struggles with depression. The activist and actor, then starring on Girl Meets World, posted a personal essay reflecting on her year on New Year’s Eve 2015, in which she wrote how she’d come
Read More
Health Problems