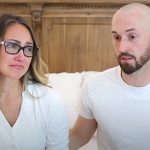 In the days since YouTube stars James and Myka Stauffer released their video revealing that they had placed their adopted son Huxley with another family, they’ve become somewhat infamous. While they’d previously earned fame and hundreds of thousands of followers for their adoption journey, many now see them as everything that’s wrong with parenting influencers
Read More

Mom mode! Sia revealed that she is the mother to two teenage boys after quietly adopting them in 2019. “I actually adopted two sons last year,” the Australian singer, 44, said during the Tuesday, May 19, episode of SiriusXM’s The Morning Mash Up. “They were both 18 — they’re both 19 years old now.” The
Read More
Health Problems