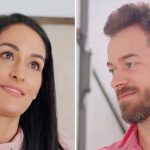 A lot to think about! Nikki Bella worried about how well she knew her fiancé, Artem Chigvinstev, after her negative pregnancy test results. “I don’t even know what Artem’s beliefs are with kids,” the Total Bellas star, 36, said during a Thursday, May 14, confessional on the E! show. “That would freak me out. All
Read More

Professional wrestler, actor and businessperson Brie Bella is best known for her work onstage (and in the ring) — but her parenting journey has also been getting a lot of attention as of late, especially since the WWE star has been so candid about sharing her struggles. In a sneak peek for an upcoming episode
Read More
Health Problems