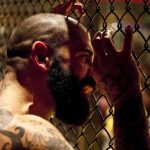 For boxers and mixed martial arts (MMA) fighters, is there a safe level of exposure to head trauma? A new study shows different effects in the brain for younger, current fighters compared to older, retired fighters. The study is published in the December 23, 2019, online issue of Neurology, the medical journal of the American
Read More
Health Problems