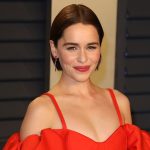 In March, Emilia Clarke shared an essay written for the New Yorker on how she survived two life-threatening brain aneurysms while filming HBO’s hit series Game of Thrones.  Now, less than a week away from the series’ final season, Emilia opened up to CBS This Morning with new details on her brain injury, as well as never-before-seen photos from after her brain
Read More
Health Problems