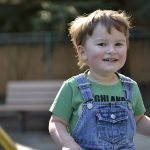 Structural differences in the cerebellum may be linked to some aspects of autism spectrum disorder, according to a neuroimaging study from Columbia University Irving Medical Center (CUIMC). The findings were published online today in PLOS ONE. The cerebellum—which means ‘little brain’ in Latin—constitutes only 10 percent of the brain’s total volume, though it contains 80
Read More
Health Problems