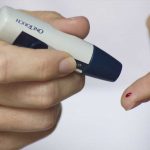 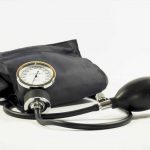 About one in three Americans have high blood pressure, called hypertension, but only about half of them have their condition under control. A major factor is that many do not consistently take their medications for the condition, which leads to poor health outcomes such as heart attack or stroke. Researchers from Penn Medicine tested new
Read More 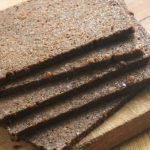 What is the bread facilitates control of blood sugar levels? Type 2 Diabetes is a relatively common metabolic disease, which makes the blood sugar level of those Affected out of control. If left untreated, threaten to, at worst, life-threatening consequences. Nutrition plays in the control of the disease a particularly important role, and because bread
Read More 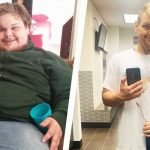 Growing up, Brady Golden had always been a big kid—”chubby,” as he puts it. Weight gain happened steadily for most of his life: By the fourth grade, he weighed 180 pounds, and by high school, he was tipping the scale at 350. “I just ate whatever I wanted, whenever I wanted, and I barely moved
Read More 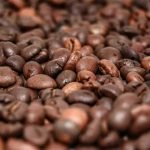 Researchers from the Department of Pediatrics at Case Western Reserve University School of Medicine and University Hospitals Rainbow Babies and Children’s Hospital presented results of a study that investigated whether there are any deleterious effects of prostaglandin E1 (PGE1) treatment on breathing and whether these effects would be prevented via pre-treatment with caffeine. PGE1 is
Read More (HealthDay)—An analysis of electronic health record data reveals considerable differences in hypertension control across health systems, according to a study published in the November-December issue of the Journal of the American Board of Family Medicine. Kevin Selby, M.D., from the Kaiser Permanente Division of Research in Oakland, California, and colleagues conducted a retrospective cohort study
Read More In the United States, ovarian cancer has the highest mortality rate of all gynecologic cancers, according to the Centers for Disease Control and Prevention (CDC). In 2014, for instance, over 21,000 new cases of ovarian cancer occurred, at least 14,000 of which resulted in death. Previous research has suggested that combined oral contraceptives — that
Read More

Madagascar’s seasonal outbreak of plague, which has so far killed two people, is “under control”, Health Minister Yoel Rantomalala said Thursday. “We have recorded from August 1 to September 17, 13 suspected cases of plague, three of which are confirmed and caused two deaths,” Rantomalala said. The first fatality was recorded in Fiadanana, north of
Read More

FRIDAY, Aug. 31, 2018 — Medicaid expansion through the Affordable Care Act, also called Obamacare, may close a big gap in women’s access to reproductive health care, a new study suggests. In a survey of nearly 1,200 women of childbearing age enrolled in Michigan’s expansion of Medicaid for low-income adults, one in three said the
Read More 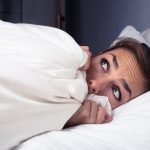 More than 80 percent of the 250,000 Americans living with a spinal cord injury lose the ability to urinate voluntarily after their injury. According to a 2012 study, the desire to regain bladder control outranks even their wish to walk again. In a UCLA study of five men, neuroscientists stimulated the lower spinal cord through
Read More Some people respond well to both aerobic exercise and strength training, while others don’t. And some of us respond well to only one of those things, but not both. Scientists at Joslin Diabetes Center now have uncovered a surprising molecular “switch” that may help to explain why this happens. “We’ve identified an exercise-activated biological pathway
Read More
Health Problems