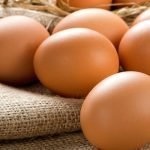 Twelve more people were confirmed to have fallen ill after consuming eggs produced by Indiana’s Rose Acre Farms, bringing the total of sickened individuals to 35. The U.S. Centers for Disease Control and Prevention issued an update Thursday on the salmonella outbreak that led to the recall of about 200 million eggs produced by an
Read More

In humans and other mammals, the female reproductive cells – the eggs or oocytes – need nourishment in order to grow and remain fertile. It is known that the egg gets its food from little arm-like feeding tubes (called filopodia) that jut out from tiny cells surrounding the egg and must poke through a thick
Read More
Health Problems