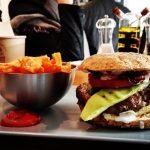 In an era of smartphones it’s hard to stay healthy by eating home-cooked meals. Why? Well, the take-out and delivery apps are likely to blame. The other way to look at it would be our addiction to fast foods. To some degree, we have all adopted sedentary lifestyles. It is becoming harder and harder to
Read More
Health Problems