Fruit-flavored beverages have been popping up left and right ahead of the summer weather that’s comin’ up very soon. There are mango moscatos and pineapple mimosas available at Aldi, and now Mike’s Hard is coming out with a limited-edition pineapple mandarin lemonade. View this post on Instagram A #limitedEdition summer time flavor of Mike’s Hard
Read More 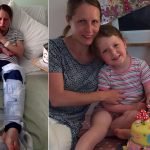 Mother-of-two, 39, reveals she suffered a STROKE ‘after pushing so hard during childbirth she tore an ARTERY in her neck’ Angharad Pulford never once thought her headaches were a sign of a stroke Just weeks after giving birth, she collapsed at home and was taken to hospital  Doctors found she had had a stroke –
Read More 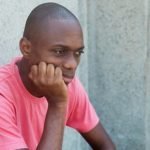 Many Americans deeply believe that people should pull themselves up by their bootstraps. After all, individual responsibility is a core American value. Too much emphasis on an individual’s responsibility, however, may result in overlooking the societal and historically causes that keep racial minorities such as blacks at an economic and health disadvantage. As a member
Read More
Health Problems