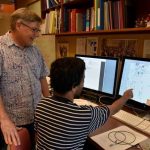 Attention-deficit hyperactivity disorder (ADHD) is a widespread condition with complex underlying causes. A stimulant drug called methylphenidate is a common ADHD treatment that impacts the brain’s levels of dopamine, a neurotransmitter involved in systems of reward; however, methylphenidate has a potential for abuse, and its therapeutic effects are poorly understood. To explore methylphenidate’s varied interactions
Read More

A novel way in which the inflammatory response to pain is regulated has been described in the open-access journal eLife. The results add to our understanding of the mechanisms that cause increased sensitivity to pain in response to injury and inflammation, and could pave the way for more effective therapies. Inflammatory hyperalgesia, the hypersensitivity to
Read More 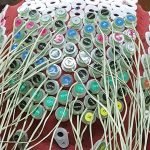 About a third of epilepsy sufferers require treatment through surgery. To check for severe epilepsy, clinicians use a surgical procedure called electrocorticography (ECoG). An ECoG maps a section of brain tissue to help clinicians identify areas damaged by seizures. “But ECoG requires taking a part of your skull out and putting electrodes directly on brain
Read More
Health Problems