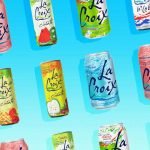 You either love it or you hate it, but this much is certain — La Croix elicits strong reactions from people. We tend to fall into the camp of this sparkling water’s loyal followers. It’s light, it’s bubbly. What’s not to love? One of our favorite features of La Croix is arguably the very thing
Read More

A man hospitalized for dehydration a few months ago at Los Angeles County-USC Medical Center started suffering a severe fever, and doctors weren’t sure why. The patient was homeless, a clue to doctors that he might have typhus. Every year people contract flea-borne typhus in Southern California, mostly in Los Angeles County. Doctors did a
Read More

New research presented at this year’s Euroanaesthesia congress in Copenhagen, Denmark, shows that the quality of chest compressions during cardiopulmonary resuscitation (CPR) can be improved by using either a smartphone app or by using the song “La Macarena” as a mental memory aid. The study is by Professor Enrique Carrero Cardenal and colleagues at the
Read More
Health Problems