More than two-thirds of women with ovarian cancer have high-grade serous carcinoma (HGSC). Up to 90 percent of HGSCs are not detected until they are beyond the ovaries or fallopian tubes, at which point it may not be possible to fully remove the tumor. Many of these cancers are now known to originate in the
Read More 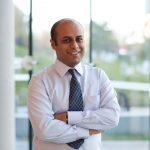