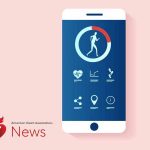 ESR calls for deletion after the production of the health card After the production of an “electronic Gesundheitskarte“ need to delete the health insurance companies the photo. The previously customary permanent storage is in breach of, in any case, without the consent of the Insured, violate the privacy rights, ruled on Tuesday, 18. December 2018,
Read More

Google is likely to be scrutinized next, as it harvests user data at a bigger scale than Facebook. The Facebook privacy breach rattled users all around the globe, but some believe the problems are just beginning. For instance, Google reportedly collects so much data on each person, that if it were all printed, it would
Read More
Health Problems