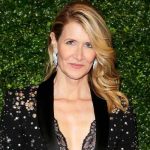 Laura Dern has witnessed the devastating effects of COVID-19 firsthand. After losing a friend to the virus and seeing others people become severely sick, the Oscar-winning actress takes COVID-19 “very seriously.” “I've had friends who are on ventilators, who pulled through. I've known people of all ages who've been very sick. And we had one
Read More 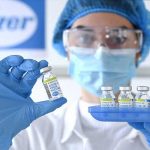 The United Kingdom has become the first country in the world to approve a COVID-19 vaccine, with doses of the Pfizer vaccine planned to be distributed as soon as next week. On Wednesday, the U.K.'s Medicines and Healthcare Products Regulatory Agency (MHRA) granted a temporary authorization for emergency use to the coronavirus vaccine developed by
Read More 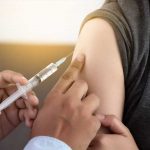 Pfizer Inc. is updating the public about a promising step in reaching a safe COVID-19 vaccine. Earlier this month, the pharmaceutical company and its collaborator, BioNTech, announced that preliminary results from trials showed its potential vaccine was at least 90 percent effective. On Wednesday, Pfizer said after its phase three study, the vaccine has proven
Read More 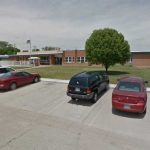 Health officials in Norton County, Kansas, have identified a novel coronavirus (COVID-19) outbreak that's infected an entire nursing home facility. On Monday, the local health department issued a press release announcing that the Andbe Home conducted tests among its residents, discovering that all 62 residents had contracted the coronavirus. Of those, 10 people have died.
Read More 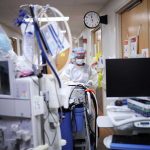 Midwestern hospitals are “bursting at the seams” with new COVID-19 patients as the number of new daily infections continues to soar in the region. Health care workers in several states, including Oklahoma, Missouri and North Dakota, are warning that their hospital systems are already overwhelmed as the states continually break their own records for the
Read More 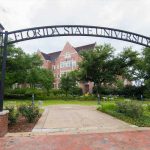 Police officers broke up a party with more than 1,000 attendees in an off-campus apartment complex near Florida State University, according to a statement from the Tallahassee Police Department. The 1,000-plus attendees were crowded outside the complex, with around 700 vehicles blocking the travel lanes. The officers were “able to safely disperse the crowd” with
Read More 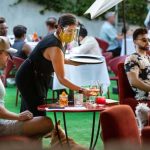 A new study has confirmed a trend that many have already suspected: The coronavirus pandemic has led Americans to drink more alcohol. The study, published Tuesday in JAMA Network Open, concluded that adults reported drinking 14 percent more during the pandemic than they did the year before. The increase was more pronounced among women (with
Read More 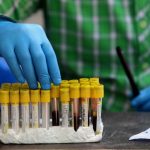 (Ad blockers may need to be disabled to view the above graphic) When the first U.S. case of the new coronavirus, COVID-19, was confirmed on Jan. 21, it appeared to be contained — the patient was a man living near Seattle who had recently returned from Wuhan, China and immediately isolated himself, and the local
Read More 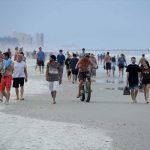 Americans are growing tired of staying at home and beginning to venture outside more as “quarantine fatigue” sets in, according to researchers who looked at cell phone data from around the country. People around the U.S. are starting to go outside more often and are traveling farther from their homes, researchers from the Maryland Transportation
Read More 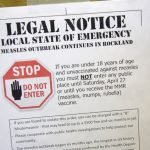 Outbreaks in New York state continue to drive up the number of U.S. measles cases, which are approaching levels not seen in 25 years. Health officials say 71 more cases were reported last week, with 68 of them from New York. That brings this years total to 626. That is already the most since 2014,
Read More 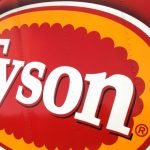 Tyson Foods is recalling more than 36,000 pounds (16,329 kilograms) of chicken nuggets because they may be contaminated with rubber. The U.S. Agriculture Department says there were consumer complaints about extraneous material in 5-pound (2 kilogram) packages of Tyson White Meat Panko Chicken Nuggets. There are no confirmed reports of adverse reactions. The packages have
Read More
Health Problems