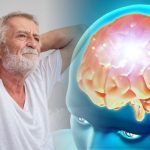 Vascular dementia is the second most common type of dementia after Alzheimer’s disease, affecting around 150,000 people in the UK, according to the NHS. This type of dementia is caused by a reduced blood flow to the brain, which damages and eventually kills the brain cells. But who’s most at risk of this happening? The
Read More
Health Problems