MOST women find smokers unattractive – and would rather likely to date an e-cigarette user (but men don’t care either way), survey finds

Women are more likely to find smoking unattractive than men are, a new survey has found.

Around 56 percent of women said they would not date someone who smokes with nearly 70 percent saying they find it unattractive.

There was a lesser degree of unwillingness to date someone who vapes, often marketed as a ‘risk-free’ alternative to traditional cigarettes.

Among the participants, 46 percent of women said they would not date a vaper with about 55 percent saying it was unattractive. 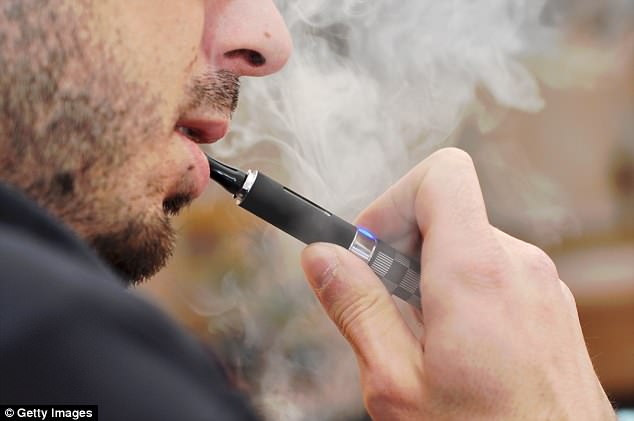 Women are more likely to find smoking unattractive than men are with 56 percent saying they would not date somebody who smokes, a new survey says 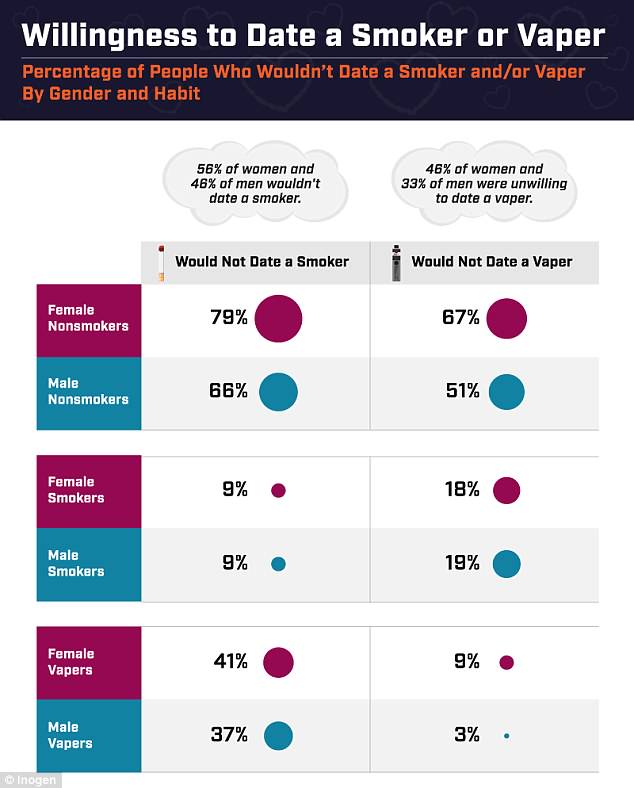 THE CONTROVERSY OVER E-CIGARETTES

Electronic cigarettes, or e-cigarettes, are devices, often resembling cigarettes, cigars or pipes, designed to deliver nicotine or related substances to users in the form of a vapor.

E-cigarettes contain a solution that’s heated up and converted to an aerosol, which is then inhaled.

The most common ingredients are:

Proponents have touted that e-cigarettes are healthier, safer alternatives to traditional tobacco products.

Research has found that the aerosol from e-cigarettes was significantly lower in toxins than from conventional cigarettes, although toxins could be detected.

Additionally, those exposed secondhand were also at much lower risk from e-cigarettes than from traditional ones, though some risk might still exist.

A January 2015 study found that the cancer risk from e-cigarettes long term is estimated to be five to 15 times higher than that of smoking a pack of cigarettes a day, due to the toxic substance formaldehyde in the vapor.

The survey, conducted by Inogen, a supplemental oxygen company, looked at 1,006 single people between the ages of 18 and 76.

The participants were then asked if they were nonsmokers (57 percent), smokers (24.3 percent) or vapers (18.7 percent).

Perhaps it is for these reasons why smokers are less likely to be upfront about their habit on online dating platforms. About 44 percent of men and 42 percent of women responded that they don’t include that detail on their profiles.

When asked what features of smoking and vaping turned people away, some contrasts appeared in the complaints about each habit.

Health concerns were the next biggest issue with about 75 percent of participants saying they wouldn’t date a smoker due to secondhand smoke and health problems it could cause for both their theoretical partners and themselves.

For vaping, 62 percent said they were worried that the long-term health effects remain unknown. Another 42 percent said vaping was just as bad as smoking, something still disputed by scientists.

Although more than 15 of every 100 US adults age 18 or older currently smoke cigarettes, the rates have been on the decline.

In that same year, 3.2 percent of US adults were reported to be e-cigarette users, of which around 58 percent also smoked.

First marketed in the UK in 2005, and in the US one year later, e-cigarettes have gained unprecedented popularity, especially among young people, because they lack the dangerous smoke, tar, and carbon monoxide of traditional cigarettes. 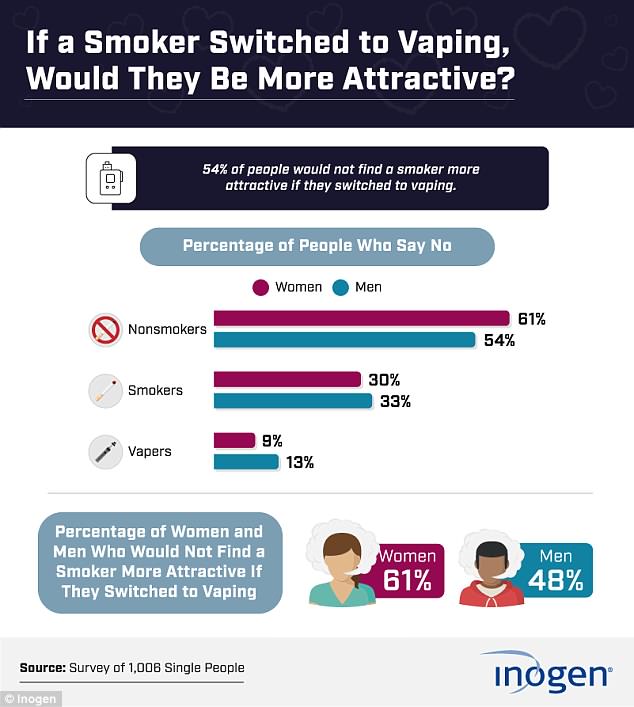 While the vast amount of side effects of vaping are still unknown, several studies have warned that e-cigarettes are as dangerous, if not more so, than conventional tobacco

While the vast amount of side effects of vaping are still unknown, several studies have warned that e-cigarettes are as dangerous, if not more so, than conventional tobacco.

One study conducted at the University of California Los Angeles found that habitual e-cigarette users were more likely than non-smokers to have increased adrenaline levels in the heart and increased oxidative stress, known mechanisms by which tobacco cigarettes increase cardiovascular risk.

Another study performed at the University of California San Francisco found that teens who used e-cigarettes had been exposed to some of the same chemicals in tobacco that cause cancer even if the product doesn’t contain nicotine.