Women are drinking more, and they’re paying for it with their health. 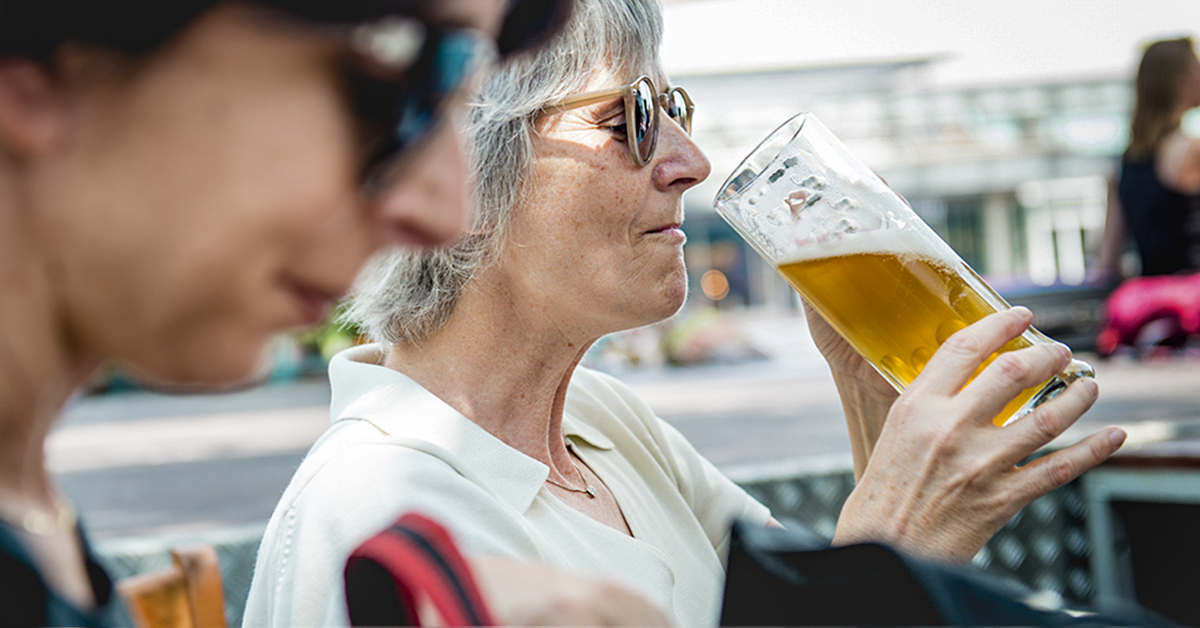 Drinking rates among women have risen in recent decades, and now they’re getting hit with related complications in higher numbers.

These are the findings of a seven-year study published in the medical journal Hepatology. The study followed more than 100 million privately insured Americans.

Women are now receiving diagnoses of alcohol use-related disorders at twice the rate of men.

The researchers also found that people with alcohol-related cirrhosis were disproportionately sicker at diagnosis. They were admitted and readmitted to the hospital more often. And their healthcare costs were almost twice those of people with nonalcoholic cirrhosis.

“When I look at this data, it tells me that this is a big problem,” said Dr. Jessica Mellinger in a statement. Mellinger is a gastroenterologist and health services researcher at the University of Michigan Institute for Healthcare Policy and Innovation.

The problem may be much bigger than the study was able to capture.

Study numbers only scratch the surface

Mellinger and her team conducted their study using the Truven MarketScan Commercial Claims and Encounters database.

This included only medical claims involving people aged 18 to 64 who had private insurance through an employer. The researchers didn’t use data from Medicare or Medicaid, and they didn’t have information on substance use.

In the group that was studied, the rate of alcohol-related cirrhosis is even higher than some common cancers.

Dr. Anton Bilchik is a professor of surgery and chief of gastrointestinal research at John Wayne Cancer Institute at Providence Saint John’s Health Center in California.

He believes the uninsured and underserved population may have an even higher incidence of cirrhosis.

“We know there’s a higher incidence of cancer due to poor screening and more risk factors such as obesity,” explained Bilchik.

“Women process alcohol differently than men, and they are more susceptible to damage in the liver than men,” said Mellinger.

“They can develop cirrhosis with less alcohol and in a shorter time frame. The hypothesis is that certain hormones make women more susceptible, though we don’t know exactly why they are so much more susceptible,” Mellinger continued.

Bilchik said the study is alarming.

“What it suggests is that women need to be very cautious about the amount of alcohol they consume, given this increase in incidence,” said Bilchik. “We actually don’t know the exact reason.”

Bilchik says that experts used to think female hormones like estrogen may protect against cirrhosis and certain cancers.

“The fact that cirrhosis, which is a precursor to liver cancer, is increasing more rapidly in women than in men would suggest otherwise,” Bilchik said.

Bilchik explains that he’s concerned there could be many women at risk for cirrhosis, but they may not know it until it’s too late.

“By the time it’s detected by CAT [scan] or abnormal liver function tests, it’s usually quite advanced,” he said. “There are no early warning signs, and early damage to the liver is often not seen.”

Additionally, he noted that alcohol consumption can raise the risk of other deadly cancers as well.

“We just don’t know whether women are more susceptible to getting cancers such as pancreatic or stomach cancer related to alcohol compared with men,” Bilchik said. “It’s not been looked at in enough detail.”

How much is too much?

“The moment women start consuming more than they should, they need to understand that there may well be damage going on in the body that’s not easy to detect,” he said. “And it can become irreversible.”

Bilchik said that cirrhosis can develop after years of drinking. But many women may not know they’re causing permanent damage until it’s too late.

“The only cure is a liver transplant. The best thing to do is avoid toxins that cause it in the first place,” Bilchik said of cirrhosis. “The problem is that many people are walking around with mild cirrhosis, which they don’t even know about.”

Since other health conditions including hepatitis and obesity can damage the liver, Bilchik warns that women with multiple risk factors should be especially careful.

“It’s safe for most women to have one or two glasses of wine a day. We’re referring to a few ounces, not a tumbler full,” he said. “Women shouldn’t fool themselves into thinking they’re not at risk when there’s half a bottle in each glass.”

According to the Dietary Guidelines for Americans 2015-2020, up to one drink per day for women and two per day for men is considered moderate. One drink is:

Mendez told Healthline that people who think they “need” a drink to function or relax are probably drinking too much.

Another clue is that you’re in automatic mode rather than giving thought to what you’re drinking.

Or if you spend your days thinking, “‘I can’t wait to get home to that glass of wine,’ it’s speaking to a bit of dependency,” Mendez said.

Why are women drinking so much?

Mendez said there are several reasons women may be drinking more.

“Many women are in high-powered positions, having to juggle a lot of responsibility between family life, children, and partners,” she said.

She also notes it’s become more socially acceptable for women to drink than in the past.

“It’s not tainted with taboo anymore. When things are socially sanctioned and they become OK, we tend to do it with less thought to the consequences,” Mendez explained.

Alcohol-related ads are increasingly targeting women. Drinking to excess is shown as a way to deal with stress and played for laughs in books, movies, television, and on social media.

Mendez says drinking too much or excessive drinking destroys perspective and perception.

“You become less thoughtful, maybe more irresponsible. We know for sure that medically, women metabolize alcohol at a much slower rate than men. It stays in the system longer and the impact of ‘mind fog’ is longer. Women get drunk quicker. That has a huge impact when it’s excessive,” Mendez said.

Bilchik says the total expenses of alcohol-related cirrhosis are massive.

“The epidemics of obesity and alcoholism, all in all, are taking people away from the ability to work and function within their families and communities,” Bilchik said. “It’s much more cost-effective not to get into these situations in the first place.”

Bilchik has another take-home message.

“Pay very careful attention to lifestyle, diet, and nutrition at an early age,” he said.

Mendez says there’s nothing wrong with most people enjoying an alcoholic beverage.

“But it’s a problem when you no longer have control and it has control over you.”

When that happens, she advises seeking professional help.

“There’s always the possibility that one recognizes they’re in a trap and can take action over it,” she said. “But the minute that self-initiative to take action isn’t followed through, you know you need additional help.”

Mendez recommends seeing your primary care physician first and points out that reversing the habit may take the involvement of a psychotherapist.

“Ask yourself: What are you really getting help about? Is it excessive drinking or is it really excessive stress and you’re using alcohol to manage stress?” Mendez said. “You can learn other coping tools to manage stress in a different way other than drinking.”