A man born without a penis has lost his virginity aged 45 thanks to a bionic manhood made from his own skin.

Andrew Wardle, from Manchester, had a £50,000 penile implant operation at University College Hospital London in June – but had to wait six weeks before he could have sex for the first time.

After activating a button in his groin to pump up his ‘ridiculously big’ new penis, he lost his virginity to his girlfriend of six years Fedra Fabian as they prepared for a romantic getaway to Amsterdam. 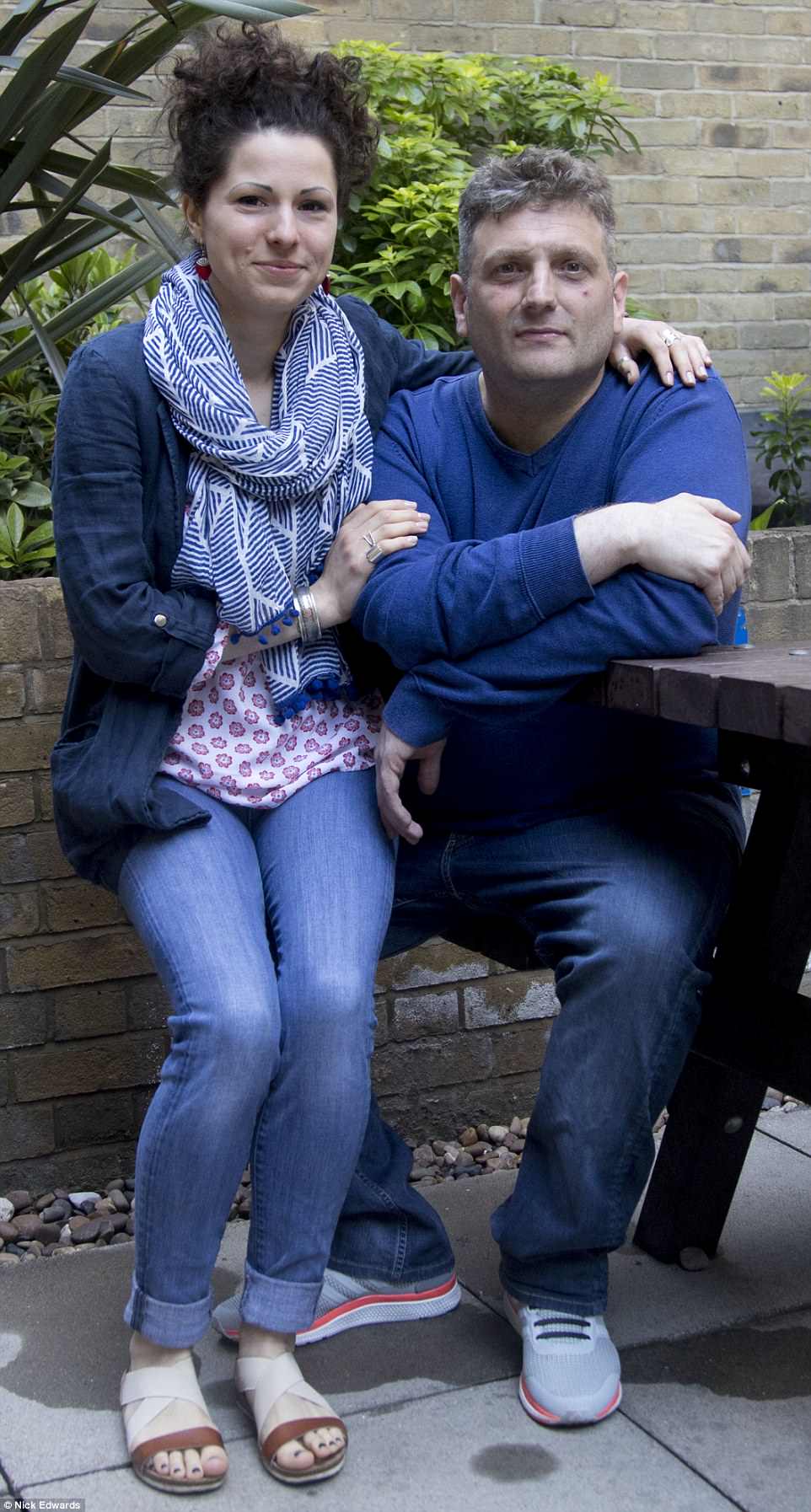 Andrew Wardle, 44, who was born without a penis, is finally preparing to have sex for the first time with long-term girlfriend Fedra Fabian, pictured, after he had a bionic manhood fitted following for years of pioneering surgery 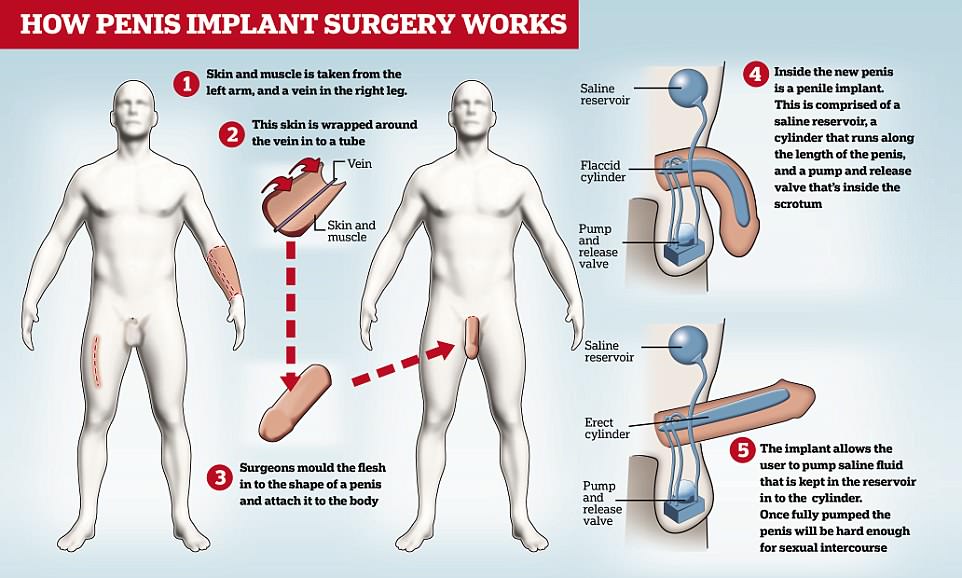 A diagram shows how Andrew’s bionic penis is taken from skin from his forearm and a vein in his leg. It is then rolled into the shape of a manhood and attached. Inside the penis is a penile implant which pumps saline fluid into the cylinder making the penis erect for intercourse

‘Two days before we went away, it just happened,’ he told The Sun. It was nice and natural — and that’s how I wanted it to be.’

He said the sex lasted for about half an hour and felt ‘fantastic’. Talking about his new manhood, he added: ‘I’m so pleased with it.’

Twenty-eight-year-old Fedra, from Hungary, said the sex was ‘amazing’ and Andrew’s penis looks normal despite being inflated with saline fluid to make it erect.

She added: ‘It’s fantastic – no need to worry about viagra or getting old. He can do it when he’s drunk too!’

The bionic penis is fully rigged up to Andrew’s testicles, meaning it’s possible for the couple to have children.

The caterer, who was born with a condition called bladder exstrophy, said he will take a fertility test to see if they can conceive and they will adopt if he can’t. 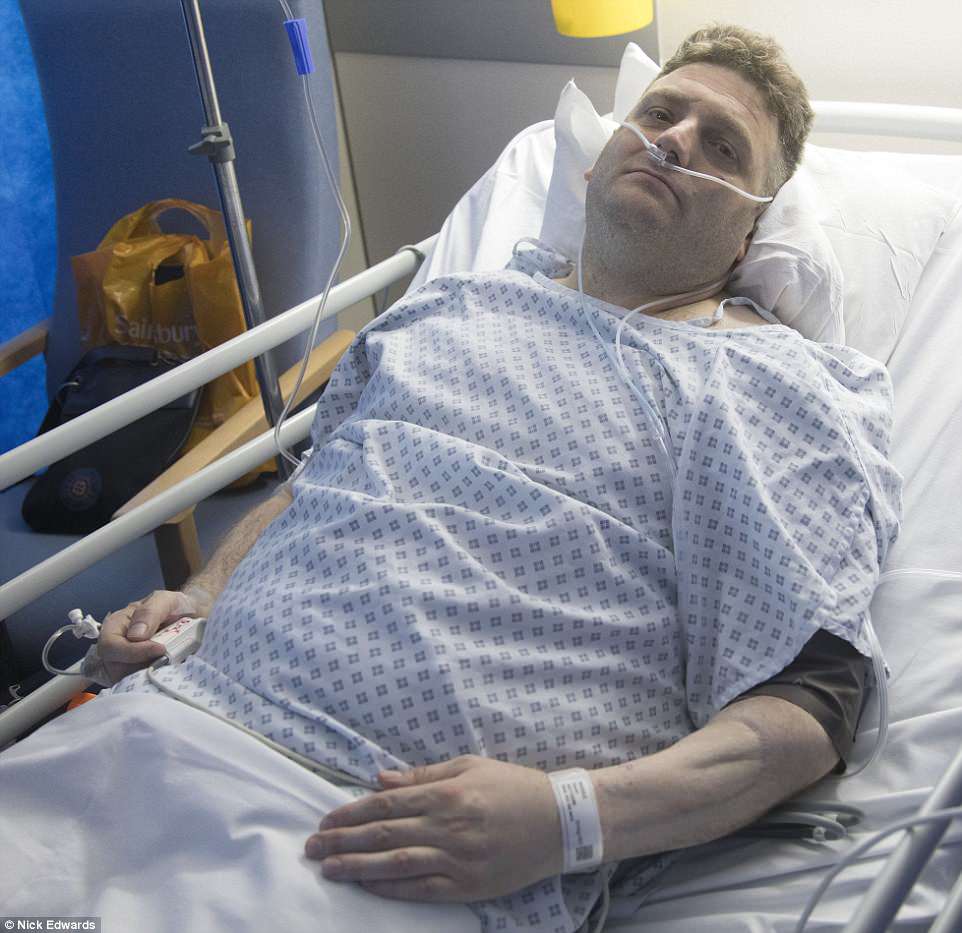 Andrew, pictured in hospital, successfully underwent the final stage of a £50,000 penile implant operation at London’s University Hospital on Friday and has been given the all clear to at last lose his virginity at the age of 44 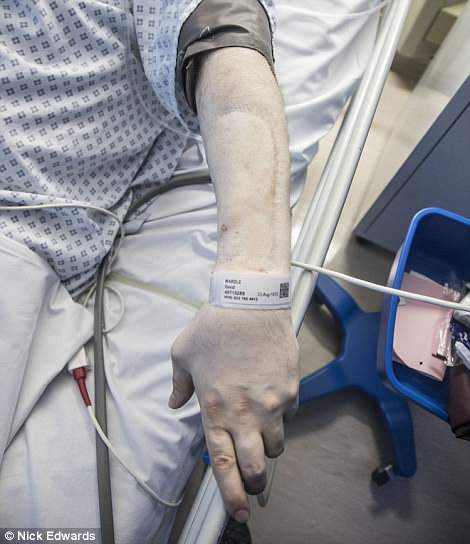 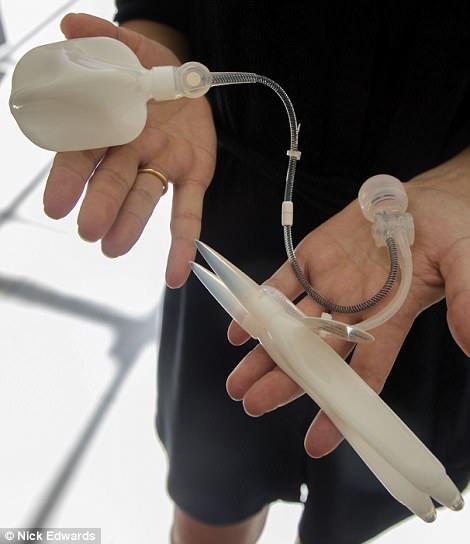 In a remarkable operation, doctors built his new penis from the skin, muscles and nerves in Andrew’s left arm, left, and a vein in his leg. In the final stage of his £50,000 penile implant surgery he was fitted with a pump that will give him an erection at the push of a button, right