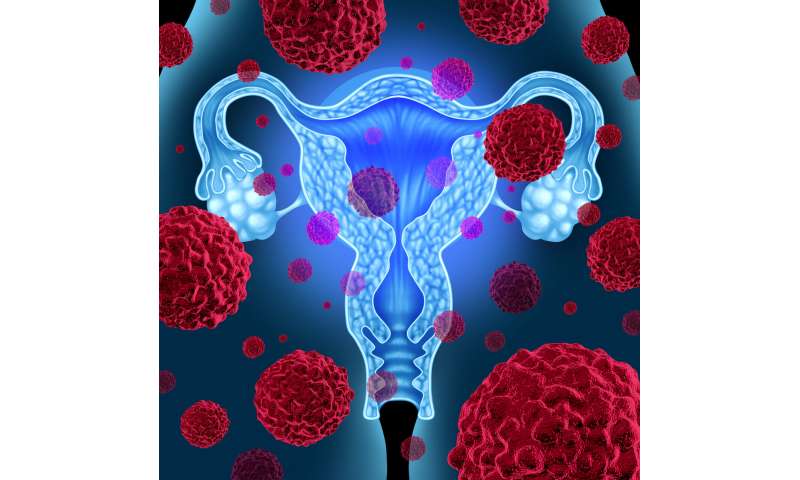 Patients with locally advanced cervical cancer benefit significantly from an innovative radiotherapy technique co-developed by MedUni Vienna under the direction of Richard Pötter and Christian Kirisits. The technique provides better tumor control and produces fewer side-effects. This is substantiated by the results of the prospective, international, multi-center study, EMBRACE I, conducted under the direction of the Department of Radiation Oncology of the Comprehensive Cancer Center (CCC) of MedUni Vienna and Vienna General Hospital. The results will be presented at the European Radiation Oncology Conference which should have taken place in Vienna and now runs as an online event. This will provide the world’s first reliable data on a personalized radiation oncology treatment concept for cervical cancer.

In Austria, approximately 400 women a year develop cervical cancer and 150 die from the disease in the same period. Globally, cervical cancer has the fourth highest mortality rate of all cancers in women. The standard treatment consists of surgery in the early stage. In locally advanced stage, when the tumor has exceeded a certain size or has broken through the organ boundary but before any metastases are present, a combination of external beam radiotherapy and chemotherapy is used which downsizes the tumor. The residual tumor is then treated by brachytherapy. This is a radiotherapy technique, in which a radiation source is temporarily inserted into the uterus via an applicator, in a minimal-invasive procedure. The radiation source can be placed through the applicator in the desired position by remote computer control, thus treating the tumor directly.

In the context of EMBRACE I (www.embracestudy.dk), a working group from the Department of Radiation Oncology of MedUni Vienna and Vienna General Hospital researched ways of improving this technique. This involved treating and observing 1,341 cervical cancer patients over a period of 10 years in 24 specialized centers throughout the world, under the direction of the Vienna working group in collaboration with a team from Aarhus (Denmark).

In the EMBRACE I study, radiotherapy was planned using Magnetic Resonance Imaging (MRI). Compared with the previously used X-ray images, MRI provides highly accurate imaging of the tumor and the surrounding organs, thus facilitating personalized and targeted treatment. The tumor can be accurately identified in relation to the applicator allowing for exact placement of the radiation source, which leads to an increased dose to the tumor and a reduced dose to the surrounding organs.

The results are clear: in 92% of cases treated using the MRI-based technique, the primary tumor could no longer be detected in the region of the cervix (“local tumor control”) even five years after treatment. It is primarily patients with advanced tumors (Stage IIIB) who benefit from this innovative technique. In this tumor stage, an improvement of more than 15% was observed compared to the previous study (RetroEMBRACE). The rate was then still only 75%.

The improvements in local tumor control also appear to be directly associated with an improvement in overall survival: a five-year survival rate of 74% was found for a total of 1,341 patients (improvement of 9%). The researchers were also able to demonstrate that, even when the tumor has grown into the bladder (Stage IVA) and lymph-node metastases are present along the large abdominal vessels (“para-aortic”, Stage IVB), there is a very realistic chance of cure (five-year survival of 52% and 61% respectively).

Maximilian Schmid from the Vienna Working Group explains: “We successfully demonstrated that a personalized treatment approach is feasible in radiotherapy for cervical cancer. The concept is so impressive that, on the basis of our work, it is now going to be adopted worldwide.”

The results of the EMBRACE I study are currently being further examined in a follow-up study entitled “EMBRACE II”. This will research a specific radiation dose and a systematic treatment of lymph node metastases, particularly para-aortic, with the aim of reducing the rate of recurrences there. More than 600 patients have already been included in EMBRACE II.