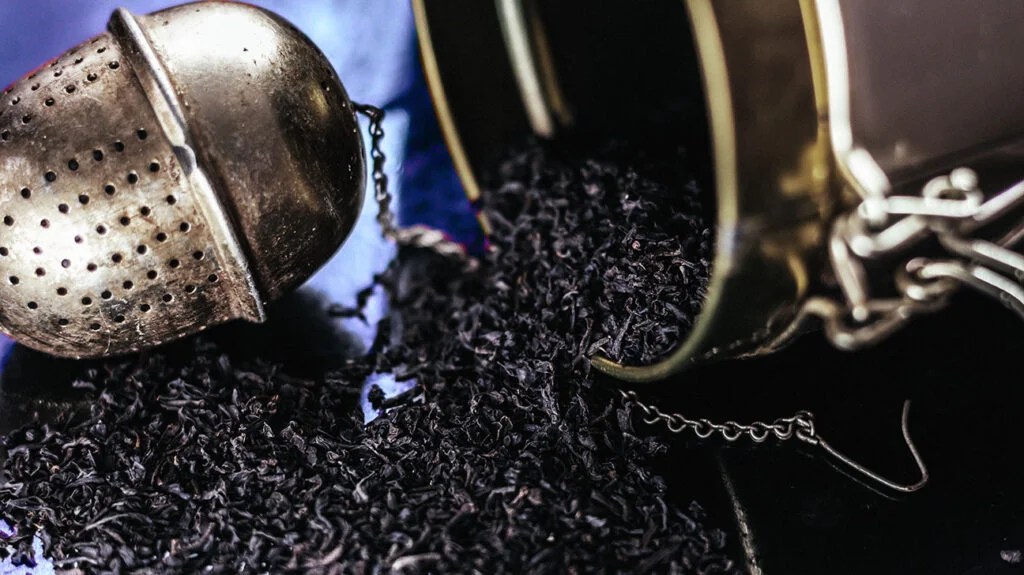 According to the United Nations, tea is the world’s most consumed drink, after water. Of the many types, black tea is most common in the United Kingdom and the United States. Green tea, jasmine tea, and fruit and herbal teas are more popular in other countries.

Both black and green teas come from the Camellia sinensis plant. The difference between them is how they are processed after picking. Both are picked, wilted, bruised, and rolled before drying. Black tea is then oxidized by exposing it to the air for some time.

Researchers have long studied the health benefits of different teas. Some suggest that green tea has greater health benefits, while others advocate the health-giving qualities of black tea. Either way, antioxidants seem to be key.

Now, a prospective cohort study of tea-drinking habits in almost half a million people from the U.K. Biobank has supported the benefits of black tea.

This new study has found that drinking two or more cups of black tea daily, with or without milk, may reduce mortality from all leading causes of death by up to 12%.

The study appears in the journal Annals of Internal Medicine.

How much tea are people drinking?

The study sample comprised 498,043 men and women ages 40 to 69. All participants received physical examinations and provided blood, urine, and saliva samples when they enrolled in the study from 2006 to 2010.

They then completed a baseline questionnaire about their tea drinking habits. Participants recorded how many cups of tea—on average—they drank each day and whether they drank their tea very hot, hot, or warm. They were then followed up for a median of 11.2 years.

The researchers also recorded data on all participants’ diet, lifestyle, health, ethnicity, and socioeconomic status. They adjusted mortality data to take these factors into account.

Almost 85% of participants reported drinking tea, with 89% drinking black tea. Most of those who drank tea had between two and five cups per day, with 19% drinking more than six cups daily.

Heavy tea drinkers in the study were more likely to be smokers, have poorer general health and eat more red and processed meat, which may increase mortality.

Do milk and sugar have an effect?

During follow-up, 29,783 people died. Researchers found that the risk of all-cause mortality decreased by around 12% as tea intake increased to three cups per day.

People who drank more than three cups of tea a day did not have a lower mortality risk than those who drank between one and three cups.

Adding milk or sugar had little effect on the observed benefits of black tea. Likewise, the tea’s temperature was drunk and did not affect mortality risk.

“We found the association regardless of whether people took milk or sugar in their tea.”

Those who drank more than two cups of tea daily had a lower mortality risk from cardiovascular disease, ischemic heart disease, and stroke.

The researchers did not find any association between cancer and respiratory disease death.

Tea is high in polyphenols, which are antioxidants found in many plant products. Green tea contains more polyphenols than black tea.

Research suggests that a diet high in polyphenols may protect against many health conditions, including high blood pressure, some cancers, cardiovascular disease, and type 2 diabetes.

“Tea is very rich in bioactive compounds like polyphenols […] these have the potential to reduce oxidative stress […] that’s the background mechanism.”

Research has indicated that polyphenols in the diet have many benefits, but excessive amounts, such as may be found in supplements, could have adverse effects.

Black tea contains polyphenols called theaflavins and thearubigins. Studies have shown that theaflavins are powerful antioxidants and may also have anti-inflammatory, anticancer, and antimicrobial properties, helping to control blood lipids.

Including black tea in a healthy diet

Dr. Inoue-Choi said that black tea, “even at higher levels of intake, can be part of a healthy diet.”

However, the current study found no further health benefits after the third daily cuppa. And tea contains caffeine, which can have adverse effects at high consumption levels.

Small amounts of caffeine have been shown to enhance cognitive function and alertness and help with weight loss. Larger amounts—more than 400mg per day—can cause problems, such as jitters and shakes, disrupted sleep, heartburn, and even high blood pressure in some people.

However, on average, three cups of tea contain around 180mg of caffeine, so it should not cause problems for anyone who is not caffeine-sensitive.

The researchers acknowledge that some variables were not controlled for in their study, including the strength of the tea, steeping time, or serving size. They also cannot prove that black tea was responsible for reduced mortality.

Dr. Inoue-Choi explained: “This study showed an association […] but our findings need to be replicated in other studies […] and extended to other diverse populations as well.”

Dr. Inoue-Choi stressed the most important message from their study:

“Higher tea intake was associated with lower risk of mortality, particularly in those drinking more than 2 cups a day. However, our findings do not indicate that people should start drinking tea or change their tea consumption to seek health benefits.”