Pfizer’s Covid vaccine comic was today slammed as ‘ethically dubious in the extreme’ for trying to appeal to children.

The pharmaceutical giant partnered with Marvel to release the ‘Everyday Heroes’ strip yesterday, in a push to encourage people to get a booster jab.

It features the Avengers fighting off the villain Ultron, in a symbolic metaphor of Pfizer’s push against Covid with the vaccine.

The comic’s release comes amid sluggish uptake of the booster vaccine in the US.

Pfizer said the comic was attempting to encourage people to ‘protect themselves’ by ‘staying up to date’ with their jabs. 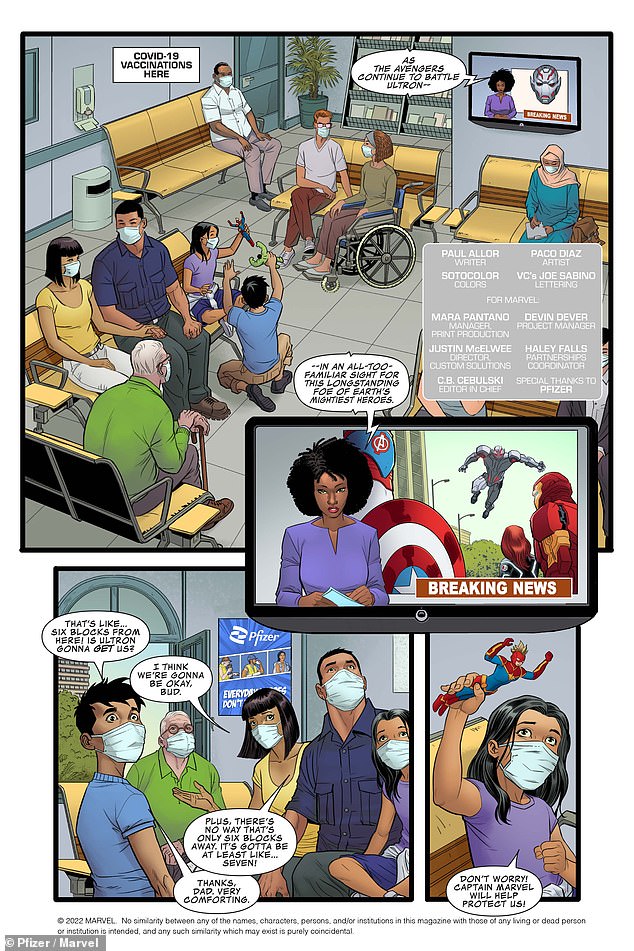 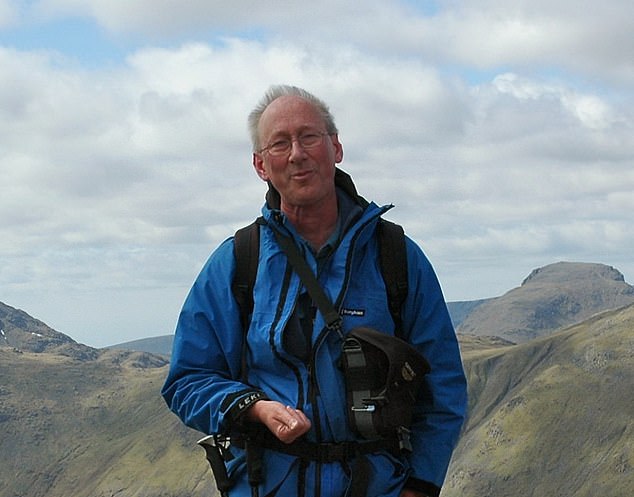 Professor David Livermore, a former medical microbiologist at the University of East Anglia, told MailOnline he is ‘deeply saddened’ by the PR stunt 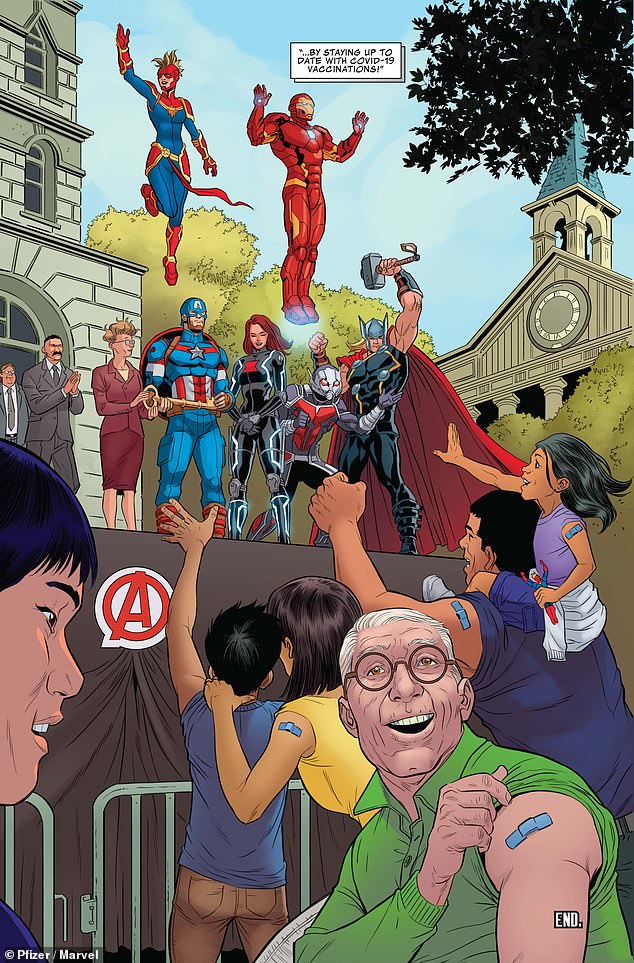 The comic ends with the grandpa smiling after receiving his updated booster vaccine, with the Avengers in the background being cheered by crowds

Most children only experience mild symptoms after being infected with Covid, which has led to intense debates over whether it is worth vaccinating them.

Experts estimate as few as 0.001 per cent of all youngsters who get infected will die,.

Children as young as five are eligible for two doses of the Pfizer vaccine in Britain.

Some children at high risk of severe Covid are also eligible for a booster dose if they have already had two.

Infants younger than five are not eligible for jabs.

Health chiefs deliberated the benefit-risk ratio for months, before eventually deciding that children could get them.

The JCVI’s previous advice on recommending the boosters to over-12s suggested one dose of the Pfizer vaccine only prevents 131 hospitalisations per million vaccinations in 12- to 15-year-olds.

And second doses only prevent nine hospital admissions for every million dished out to the age group.

The figures are likely to be less for five- to eleven-year-old who are less vulnerable to the virus.

Myocarditis — an ultrarare form of heart inflammation — is the main side effect of the Pfizer vaccine that concerns experts.

Data shows the risk is slightly higher in adolescents than adults, particularly in boys.

Studies show children in younger age groups are less at risk than teenagers.

But experts warned the comic appears to be more targeted at youngsters, who are less in need of a jab.

Professor David Livermore, a former medical microbiologist at the University of East Anglia, told MailOnline he is ‘deeply saddened’ by the PR stunt.

He said children ‘are at virtually zero risk of developing severe Covid’.

Pfizer is also currently pushing for its new bivalent booster vaccine to be approved for children aged five to 11.

Professor Livermore said: ‘Propaganda comic strips aimed at children — who lack the knowledge of complex immunology and vaccinology needed to make an informed decision — are ethically dubious in the extreme.

‘They have no place in medicine or public health.’

He said most children have already been infected with Covid at least once, leaving them with ‘longer-lasting, broader, natural immunity’ than that offered by the jab.

Professor Livermore said the risk of severe disease is minuscule in healthy children, meaning the vaccines offer little benefit to them.

Meanwhile, there is a ‘small but tangible risk’ of myocarditis — a rare form of heart inflammation — in children, which is ‘not acceptable’ for healthy children not at risk of dying from the virus, he said.

Children as young as five are eligible for two doses of the Pfizer vaccine in Britain.

Some children at high risk of severe Covid are also eligible for a booster dose if they have already had two.

Infants younger than five are not eligible for jabs.

In the US, children as young as six months old are eligible for at least two doses, while children aged five and older can also have a booster.

Moderna’s Covid vaccine formula for children is also available to all children aged six or over, unlike in the UK.

Asked if the comic was deliberately aimed at children, Professor Livermore said: ‘I’d assume so.

‘I can hardly imagine that its principal readership are the vulnerable elderly, who are most likely to benefit from vaccination.’

Pfizer said its campaigned was running in the US and is not aimed for UK audiences. Marvel has been approached for comment.

The plot of the comic centres around a grandfather waiting for his jab at a clinic that comes under attack by the Avengers villain Ultron.

Ultron — a robot that evolves and comes back stronger — is used to represent Covid, which is constantly mutating into new strains.