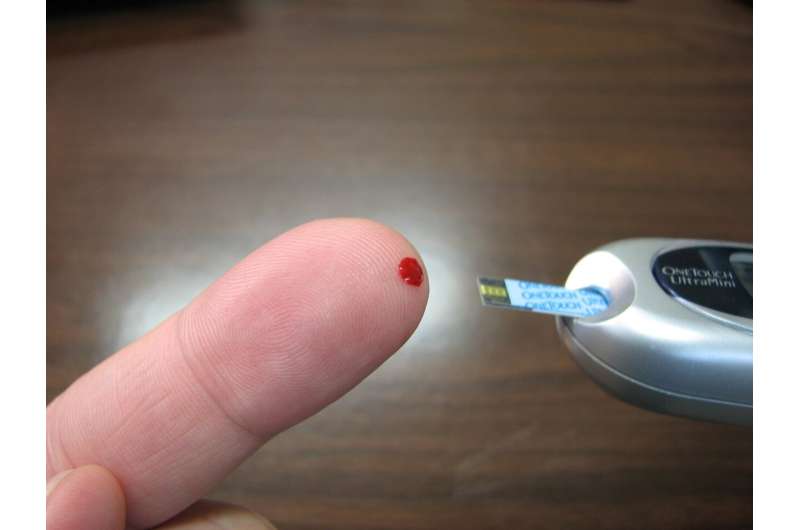 Bile acids, a digestive juice, may hold the key to a new way of treating and preventing type 2 diabetes. Bile acids do more than just helping with food digestion: They also act as signaling molecules and control various body functions, including the regulation of blood sugar.

Diabetes develops when the body loses its ability to maintain normal blood sugar, and studies have found that the bile acid composition of patients with type 2 diabetes is different. This unique bile acid profile is controlled by the CYP8B1 gene, which makes an enzyme necessary for bile acid synthesis. But until now, the link between CYP8B1, diabetes risk and glucose control in humans has not been identified.

A study team from Singapore General Hospital (SGH) and Yong Loo Lin School of Medicine at National University of Singapore (NUS Medicine) found that pre-clinical models without the CYP8B1 gene have a bile acid composition that is different from those with type 2 diabetes. This change improves the ability of insulin to lower blood glucose and protects them against developing type 2 diabetes. Realizing this, the researchers embarked on a project to investigate whether the same is also true in humans.

“One approach to investigate the relationship between CYP8B1 and diabetes risk is to study the health status of individuals who lack the gene due to naturally occurring gene mutations. Such ‘loss-of-function mutations’ however, were not known to be present in humans. We also did not know whether the mutations would exert the same protective effects against diabetes,” said Dr. Tan Hong Chang, the co-lead investigator of this project and Senior Consultant at the SGH’s Department of Endocrinology.

This prompted the researchers to analyze stored DNA samples of more than 8,000 volunteers from other studies to look for individuals with loss-of-function mutations in CYP8B1. The team eventually found about 140 individuals and invited them for a follow-up comparison study.

From 2016 to 2018, study volunteers with the mutations were matched with individuals without mutations of the same age, gender, race, and BMI, and underwent detailed metabolic studies at the SingHealth Investigational Medicine Unit. Hyperinsulinemic-euglycemic clamp studies were performed to measure how well they metabolized glucose and how sensitive they were to insulin.

The results in humans confirmed the team’s findings in pre-clinical models—volunteers with CYP8B1 loss-of-function mutations had significantly better insulin sensitivity and were better at regulating blood glucose in the normal range. Furthermore, these volunteers were also found to have reduced amounts of fat in their liver and a better lipid profile compared to those without the mutations.

The researchers did not stop there. They headed back into the laboratory to identify the molecular pathway that is responsible for the difference in those with the CYP8B1 mutations.

Dr. Roshni R Singaraja, Assistant Professor, Department of Medicine and Cardiovascular Research Institute, NUS Medicine, and co-lead investigator of the study said, “Since the CYP8B1 mutations in our study volunteers protects them against type 2 diabetes, developing a drug to reduce the enzyme activity of this bile acid gene should confer the same benefit for everyone else. It could also be used as a glucose lowering agent for those with the chronic disease.”

The study team is now exploring different methods to target this gene and hope to develop new treatment options to treat and prevent type 2 diabetes which is on the rise globally. Despite the ongoing war against diabetes in Singapore, the prevalence of diabetes increased from 8.8% in 2017 to 9.5% in 2020. The number of Singaporeans suffering from diabetes is estimated to hit 1 million by 2050.

The findings of the joint study were published in The Journal of Clinical Investigation in September 2022.