Skip to content
HomeHealth NewsPot Use Among Parents Is Increasing, so Is Kids’ Exposure to Secondhand Smoke

More parents are smoking marijuana in their homes, exposing children to secondhand smoke. But how harmful is it? 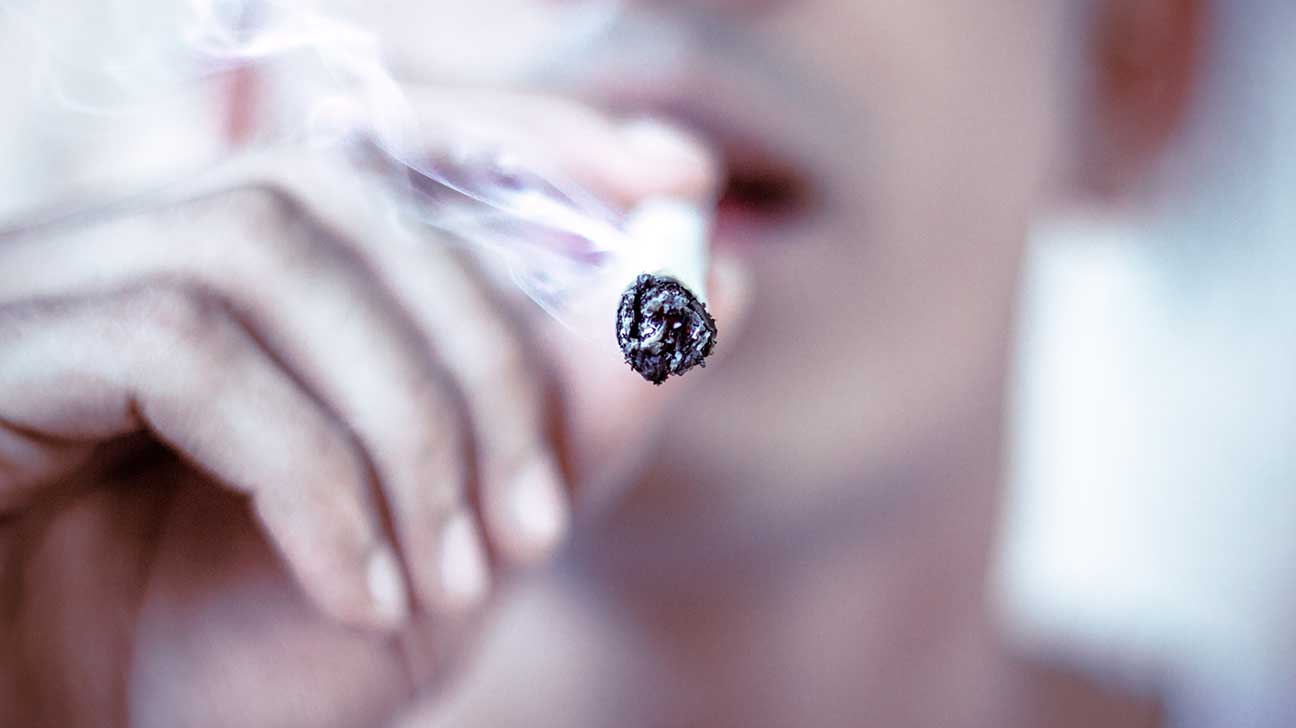 The harmful effects of secondhand cigarette smoke have been known for years. However, a recent study shows that efforts to decrease secondhand smoke exposure may be complicated by increases in marijuana use.

The study from researchers at Columbia University found that marijuana use is increasing among parents 18 and older who smoke cigarettes, as well as among those who do not.

The findings revealed cannabis use is nearly four times more common among cigarette smokers, as was daily cannabis use, compared with nonsmokers.

“The key finding is that although there has been a decline in cigarette use among parents with children in the home, we saw an increase in daily marijuana use among adults with children in the home,” Renee Goodwin, PhD, lead author of the study told Healthline. “Second to that was that cannabis use is much more common among adults who smoke cigarettes, so now the child who is exposed to one is more likely exposed to both.”

Researchers analyzed results from the National Survey on Drug Use and Health to estimate associations between cigarette smoking and any past-month and daily past-month cannabis use among parents with children in the home from 2002 to 2015.

Goodwin hopes her findings will get parents thinking about the risks of secondhand smoke to children.

“Now that there’s an increase in marijuana use, I think there’s a perception that, since it’s natural, maybe it’s not as harmful, and that may be the case, but it’s also still illegal in many places, so more people are more likely to do it inside,” she said.

While more research is needed to determine the effects of breathing marijuana secondhand smoke, and how it compares to cigarette smoke, the American Lung Association (ALA) states, “there is concern that it could cause harmful health effects, especially among vulnerable children in the home.”

The ALA notes that any smoke is harmful to lung health whether from burning wood, tobacco, or marijuana because toxins and carcinogens are released from the combustion of materials. Also, the ALA states smoke from marijuana combustion has been shown to contain many of the same toxins, irritants, and carcinogens found in tobacco smoke.

The Centers for Disease Control and Prevention (CDC), shares the same sentiment, and warns that breathing in marijuana secondhand smoke could affect the health and behavior of nonsmokers, including babies and children who are exposed. Additionally, the CDC notes that secondhand marijuana smoke contains tetrahydrocannabinol, which is the chemical responsible for most of marijuana’s psychological effects.

Matthew Springer, PhD, professor of medicine in the division of cardiology at the University of California San Francisco, adds that there is a common tendency to think of marijuana as a drug and ignore the other chemicals in the smoke.

He says that other than the nicotine and related chemicals in tobacco, and the cannabinoids in marijuana, the two kinds of smoke are very similar.

“A detailed chemical comparison was done by a Canadian group a few years ago. They found that just about every chemical detected in one kind of smoke was detected in the other,” Springer said. “They differ in the relative amounts of these chemicals, so the smokes are not identical, but given the many adverse effects on health of inhaling tobacco smoke, it’s highly likely that at least some of them result from inhaling marijuana smoke as well.”

However, there are some people who don’t believe that the two kinds of smoke are equally as dangerous, including Paul Armentano, deputy director of the National Organization for the Reform of Marijuana Law (NORML).

He says direct cannabis smoke exposure, even long-term, is not associated with tobacco-related cancers, chronic obstructive pulmonary disease (COPD), or emphysema, according to various studies.

At this time, little is known about adverse health effects of inhaling marijuana smoke actively or by secondhand, and studies deliver mixed results in terms of showing carcinogenic, pulmonary, or cardiovascular effects of marijuana smoke.

He refers to findings from a rat model he conducted that determined marijuana secondhand smoke caused the rats’ blood vessels to work less efficiently after just one minute of exposure to realistic smoke levels. This effect is similar to what cigarette secondhand smoke does to people.

“While this does not prove that secondhand exposure to marijuana is harmful to humans, it is evidence that the two kinds of smoke can have similar harmful effects, so people should not simply assume that marijuana smoke is completely benign,” Springer said.

Goodwin agrees, and points out that in 1964, Luther L. Terry, MD, who was the Surgeon General of the United States at the time, released the first Surgeon General’s report on smoking and health.

“From the time that report was made to the time there was a statement made on secondhand smoke from cigarettes, it took 13 years,” said Goodwin. “Although it may take time for the same to happen with marijuana secondhand smoke, we want parents to think about it now.”

A case for edible cannabis

Smoking is the most common way people use marijuana in the United States, with it being smoked about 80 percent of the time, according to Goodwin.

Could legalizing marijuana nationwide so that other forms (such as edibles) are easily accessible, help parents avoid exposing their children to secondhand smoke?

Armentano says yes. However, he warns that oral consumption possesses its own unique issues for the person ingesting cannabis, such as greater difficulty in self-titration, delayed onset, prolonged duration of effect, greater variation in bioavailability, and greater potential for dysphoria.

“For those seeking rapid onset of drug effect, but who wish to mitigate their intake or exposure to combustive smoke (or the intake of combustive smoke among those around them), vaporization of herbal cannabis remains an option as such devices in clinical trials have been determined to be safe and effective cannabinoid delivery devices,” Armentano said.

Springer believes edible forms of marijuana, either of the purified drug or cannabidiol (CBD) are good options for people who want, or medically need, to take THC or CBD, yet want to avoid secondhand smoke. However, he advises caution with other forms, such as inhaling THC from a liquid-based e-cigarette, vaporized THC oils, or aerosol from leaf vaporizers. He points out they all have theoretical potential secondhand exposure concerns, although it is not clear whether such secondhand exposure adversely effects the health of bystanders.

“Given the range of different kinds of inhalable products out there, and the way that they have changed rapidly over the last several years, I do not recommend that people assume secondhand exposure is safe until shown otherwise,” Springer said. “Instead, I recommend that people remain cautious about what they inhale and avoid secondhand exposure to such products until more is known about them.”