Early in the COVID-19 pandemic, marginalized racial groups and those who wore face masks reported an increase in discrimination from people who thought they might have the virus. 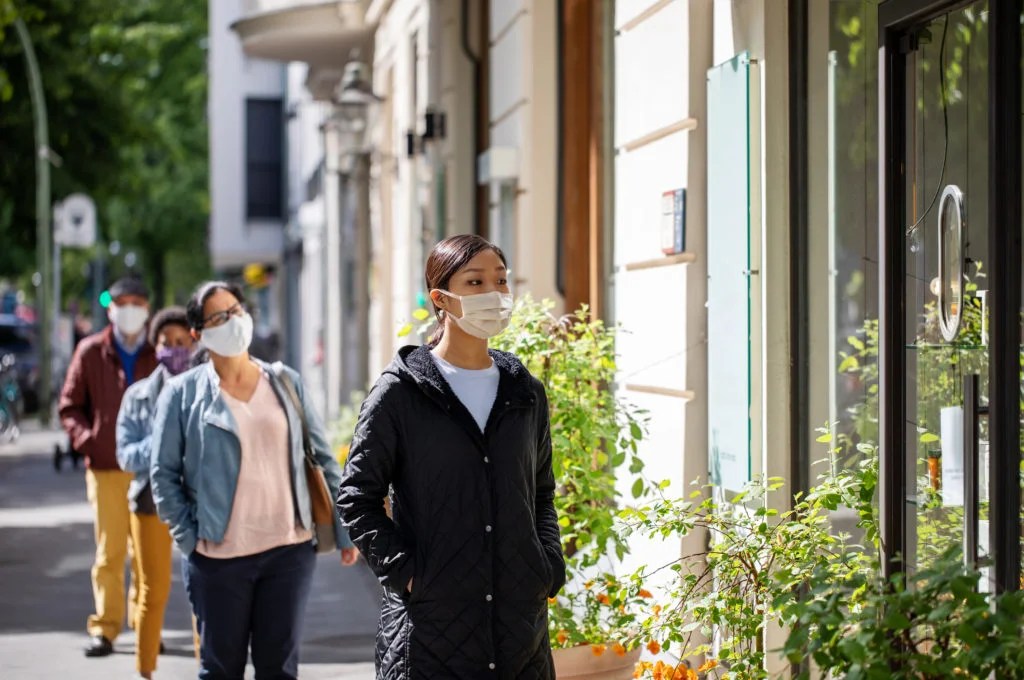 The online survey of people living in the United States suggests that between March and April 2020, the percentage of people who experienced discrimination related to COVID-19 more than doubled, from 4% to 10% overall.

The sharpest increases were for Asian and African American people.

Among white people, perceptions of discrimination increased from 4% to 9%.

The percentage of people who wore face masks in public and experienced discrimination over the same period increased from 11% to 14%.

Researchers at the University of Southern California in Los Angeles and the Bloomberg School of Public Health at Johns Hopkins University in Baltimore, MD, conducted the survey.

It followed media reports early in the pandemic of discriminatory behavior toward people with a greater apparent risk of infection.

The American Journal of Preventive Medicine has published the results as a preproof article.

Feeling discriminated against was associated with subsequent reports of mental distress among the survey participants.

“The relationship between COVID-related discrimination and worsening anxiety and depression is particularly pertinent during this pandemic, as it compounds mental health distress attributable to concerns of disease spread, social restrictions, and financial stress,” says study co-author PhuongThao Le, a postdoctoral researcher at the Bloomberg School of Public Health.

The survey was part of the Understanding America Study, a nationally representative sample of adult U.S. residents maintained by the Center for Economic and Social Research (CESR) at the University of Southern California.

A total of 3,665 respondents answered “yes,” “no,” or “unsure” when the survey asked if they had had the following experiences due to people thinking they might have the novel coronavirus:

The researchers defined perceived discrimination as responding “yes” to any of the above.

According to the survey, African American people’s risk of experiencing discrimination increased more sharply between March and April than that of other groups.

“This increase may in part be attributable to the spike in media coverage we saw during this time regarding African Americans’ disproportionate vulnerability to COVID-19,” says study co-author Kyla Thomas, a sociologist at the CESR.

In the early months of the COVID-19 pandemic, the World Health Organization (WHO) and the Centers for Disease Control and Prevention (CDC) warned of the dangers of social stigma associated with the disease.

On March 16, 2020, President Donald Trump used the term “Chinese virus” in a tweet. An analysis revealed a nearly 10-fold increase in the use of this term in tweets following the president’s comment.

The authors of the new paper write that disease-associated stigma has been a feature of previous outbreaks of novel viruses.

For example, Mexican and Latinx people in the U.S. were stigmatized during the 2009 H1N1 pandemic, in part because of the virus’s supposed origin in Mexican pig farms.

Family members of people with Ebola during the 2014 epidemic in West African countries also faced discrimination.

In their paper, the researchers conclude, “This study’s initial findings of perceived [COVID-associated discrimination] and its association with poorer mental health underscore the existing racial/ethnic inequalities experienced by many non-Hispanic [Black and Asian people].”

“The findings also suggested discrimination toward those who wear face masks, signaling the need to raise public awareness, especially as economies reopen and wearing a face mask is highly recommended to prevent transmission.”

The researchers acknowledge that one limitation of their study was that it relied on respondents’ perception of discrimination rather than direct observations.

They also write that some of the perceived discrimination against people wearing masks, for example, could be due to the “spotlight effect,” in which individuals overestimate other people’s attention toward them.

This may be especially true when their appearance differs from that of those around them.