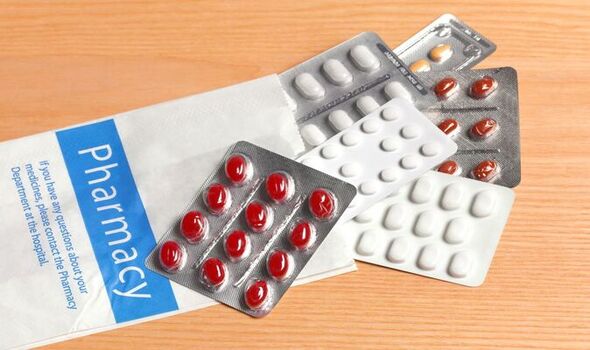 An analysis of prices in high street retailers including Boots and Tesco found the cost of branded paracetamol has risen by 25 per cent, jumping from £3.99 in the summer of 2020 to £4.99 today.

Hay fever sufferers who have also been hit by a 20 per cent hike in Antihistamine Allergy Relief Syrup, from £4.99 to £5.99.

And the cost of Colgate toothpaste has also jumped by 20 per cent in a year to £3 a tube.

Children’s medicine has also been hit by above inflation price rises. 100ml of Calpol now costs £3.50, 21 per cent more than just a year ago.

These price rises will hit those living with long-term conditions hardest, as they tend to consume more over-the-counter medicines than others, particularly if living with chronic pain.

Labour said the cost of living crisis was threatening people’s health. Wes Streeting, Shadow Secretary of State for Health and Care, said: “Families are being priced out of basic goods to treat illness and keep themselves healthy.

“The Conservatives have overseen a decade of falling wages, and now out of control prices are causing real pain.

“Labour would remove VAT on home energy bills and cut small business rates now to get inflation under control and put money back in people’s pockets.”

A government spokesperson said: “We recognise the pressures people are facing with the rising cost of living and we are taking action to support households – with £37 billion of support in place this year alone, meaning almost all of the most vulnerable eight million households will receive support of at least £1,200.

“We have also frozen prescription charges for the first time in 12 years, and extensive arrangements are in place to help people afford NHS prescriptions.”

Latest economic data last week showed household finances failed to keep up with soaring inflation at the start of the year, marking the first time disposable income has fallen for four quarters in a row since records began.

The Office for National Statistics (ONS) said real household disposable income dropped 0.2 per cent between January and March. Incomes rose by 1.5 per cent, but this was outstripped by household inflation of 1.7 per cent.

Household finances have now been under pressure for a straight year, with rising prices amid the cost-of-living crisis meaning income after inflation has fallen for a record four consecutive quarters.