Tesco, Sainsbury’s and ASDA recall own-brand versions of the heartburn and indigestion drug Zantac over fears they are contaminated with a cancer-causing chemical

Major UK supermarkets are recalling their heartburn and indigestion tablets over concerns they contain a chemical linked to cancer.

Tesco, Asda and Sainsbury’s have all had to pull their products from the shelves in the latest development in an ongoing global contamination scandal.

An announcement from the Medicines and Healthcare products Regulatory Agency (MHRA) today revealed another 13 non-prescription products have been affected.

It comes after a string of recalls of products made of ranitidine, including Zantac, following a discovery of N-nitrosodimethylamine (NDMA) contamination.

NDMA is ‘probably carcinogenic’, according to the World Health Organization, and can disrupt enzymes in the liver and damage DNA. 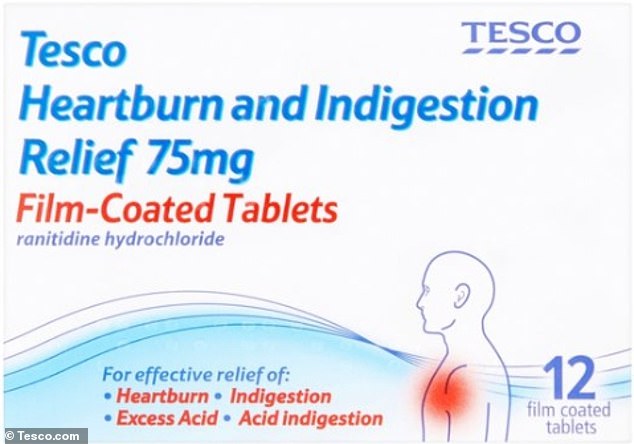 Tesco , Asda and Sainsbury’s have all had to pull their heartburn and indigestion products from the shelves in the latest development in an ongoing contamination scandal

Recalls first began after tests in the US discovered traces of NDMA in some branded Zantac products in June.

The US Food and Drug Administration launched an investigation and, since, makers of drugs containing ranitidine have been regularly announcing recalls around the world.

The pharmacy which first discovered the impurity said it was an ‘inherent instability’ and could affect all drugs containing ranitidine.

So far, regulators in the US, UK, Italy, France and Ireland have all announced recalls, while some pharmaceutical companies have withdrawn products around the world.

Medreich is recalling specific batches from retailers but the other three are advising companies not to sell any of their ranitidine products listed in the recall.

‘Patients should keep taking their current medicines but should speak to their doctor or pharmacist if they are concerned and should seek their doctor’s advice before stopping any prescribed medicines.

‘We have asked companies to quarantine batches of potentially affected medicines whilst we investigate and we will take action as necessary, including product recalls where appropriate. 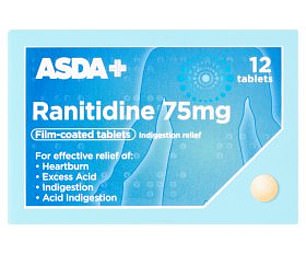 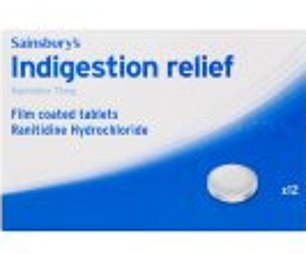 ‘We have also requested risk assessments from the relevant companies which will include the testing of potentially affected batches.

‘Currently, there is no evidence that medicines containing nitrosamines have caused any harm to patients, but the Agency is closely monitoring the situation, and working with other Regulatory Agencies around the world.’

Other manufacturers which took their products off sale include Novartis, Saraca Laboratories, GlaxoSmithKline, Apotex and Teva UK.

HOW THE ZANTAC RECALLS HAVE UNFOLDED

SEPTEMBER 13 – The FDA confirms some batches of ranitidine pills, including Zantac, contain trace amounts of NDMA and launch an investigation

Valisure asks the FDA to recall all products containing ranitidine. It says the impurity was the result of the ‘inherent instability’ of the ranitidine molecule, claiming every ranitidine-based drug could be affected

SEPTEMBER 23 – The Irish equivalent to the MHRA – the Health Products Regulatory Authority – recalls 13 medications containing ranitidine, including seven versions of Zantac. It says the fault comes from the manufacturing plant of the chemical in India. Sandoz recalls its generic version of ranitidine in the US

SEPTEMBER 24 & 25 – GlaxoSmithKline recalls four different types of Zantac in Hong Kong. The next day, it pulls the drug in India, where it is branded as Zinetac. It also halts global distribution of the popular medicine

SEPTEMBER 28 – US retailer CVS removes Zantac and its own generic ranitidine products from 6,200 of its stores over NDMA fears