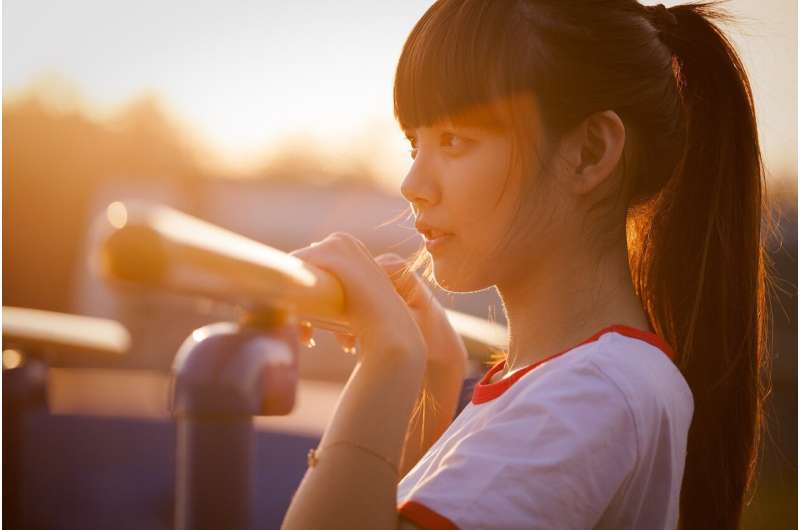 New research being presented at this year’s European Association for the Study of Diabetes (EASD) Annual Meeting in Stockholm, Sweden (19-23 Sept), suggests that girls with type 1 diabetes (T1DM) have poorer metabolic control than boys and face more complications.

The systematic review synthesizing all the available evidence on sex differences in the care and outcomes of children and adolescents (aged 18 or younger) is by Silvia de Vries from Amsterdam University Medical Centers in the Netherlands, and colleagues.

“Improving awareness of type 1 diabetes in young females is key to minimizing disparities in care and reducing the likelihood of life-threatening complications later in life such as heart disease and kidney failure,” says De Vries. “Our findings of troubling inequities call for urgent and targeted efforts, such as increased surveillance for sex disparities in daily clinical practice and cardiovascular risk prevention, sex-appropriate diabetic ketoacidosis awareness campaigns and screening of quality of life tailored to adolescent girls.”

T1DM is the most common chronic disease in childhood, affecting approximately 1.1 million children and adolescents around the world. In people with T1DM, the immune system mistakenly attacks insulin-producing cells in the pancreas, so that the body makes little or no insulin and blood sugar levels rise dangerously high. To stay alive, people with T1DM need to inject the hormone insulin for the rest of their lives.

T1DM can be particularly dangerous because often there is no diagnosis until severe and sometimes life-threatening symptoms have developed. Younger age at diagnosis and longer disease duration increase risks of long-term complications such as kidney failure, heart attacks, stroke, nerve damage, blindness, vascular issues, and reduced life expectancy.

To find out more, De Vries and colleagues did a systematic review of observational studies worldwide investigating sex differences in patient and disease characteristics, treatment, comorbidities and complications in children with T1DM (aged 18 or younger), up to June 2021. Of 8,640 articles identified, 90 studies reporting on important outcomes relevant to the daily care process were included in the review.

Analysis of data from 89,700 children showed that in 7 out of 10 studies body mass index (BMI) was higher in girls. Similar results were observed for adolescent girls (7 studies, 33,153 children), with levels of overweight or obesity and dyslipidemia (unhealthy levels of cholesterol or other lipids in the blood) higher in girls than boys.

Studies focusing on blood sugar control, one of the most important markers for long-term complications, revealed a similar picture. Average blood sugar (hemoglobin A1c) levels were up to 6.4 mmol/mol higher in girls during treatment (21 studies including 144,613 young people). Similarly, this difference was present at diagnosis and in studies that reported increase in average blood sugar over time.

The exact reasons behind this gap in metabolic control between girls and boys is not clear, but some evidence suggests that normal changes in girls’ bodies during puberty make it more difficult for them to get their diabetes under control. However, some differences seem to be present before puberty and may be caused by early differences in body composition and fat distribution. In addition, behavioral differences between boys and girls in childhood may play a role.

Diabetic ketoacidosis results from insufficient insulin medicine or an infection that leads to a dangerous accumulation of acid in the blood due to excess blood sugar. When severe, DKA can require hospitalization for fluid replacement and insulin therapy, and can lead to a diabetic coma or even death.

The authors speculate that the increased occurrence of DKA at diagnosis may be a sign that sex differences are already present in the very first stages of the disease. Disease progression and presentation of initial symptoms may vary between the sexes. A difference in interpretation of those initial signs by caregivers and the treatment team can also play a part, and must be addressed.

On the other hand, some studies showed that hypoglycemia (“hypos” or low blood sugar level) and partial diabetes remission occurred more often in boys.

Analysis of data from 15 studies involving 8,722 children and teens found that all studies reported a lower overall quality of life in adolescent girls. Results also indicated that girls are particularly vulnerable to diabetes-related distress and fear of hypos.

“Improving disease-related coping mechanisms and quality of life during this vulnerable period may be an important strategy to improve glycemic control and reduce the risk of complications,” says De Vries. “All young people with type 1 diabetes should be offered care that is tailored to their individual needs so they are able to manage their condition effectively. With the right care and support in place, there is no reason why both girls and boys with type 1 diabetes can’t live equally long and healthy lives.”