Skip to content
HomeHealth NewsWhat everyone should know about cleft lip 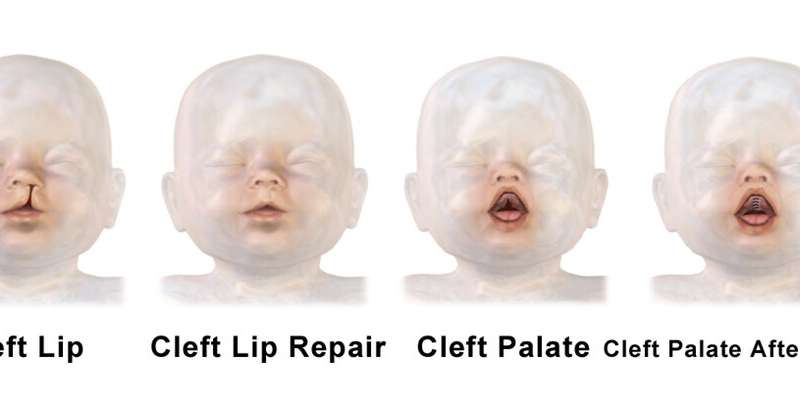 After discussing actor Joaquin Phoenix’s appearance on her talk show earlier this month, Wendy Williams received near universal condemnation for mocking those affected with cleft lip—a common birth defect in which the upper lip does not form completely while still an embryo. To her credit, Williams was quick to apologize. Note that it is also unclear whether Phoenix has a cleft lip or simply a scar. Unfortunately, however, the incident was another reminder of how individuals with facial differences (and their families) often feel stigmatized and can face discrimination and social isolation.

We have each devoted major portions of our professional lives to understanding what causes clefts and to the treatment and advocacy of those affected. We are geneticists and a pediatric craniomaxillofacial surgeon. Given that January is National Birth Defects Prevention Month the three of us felt this was an opportunity explain how clefts form and how clefts affect the people who live with them. And, what, if anything, can be done to prevent them?

The ABC’s of clefting

There are several different types of facial clefts. The most common are cleft lip, when the upper lip does not form properly leaving a gap, and cleft palate, when the roof of the mouth does not close while a baby is developing in utero.

These birth defects arise very early during development when the embryo is about the size of a grain of rice. At this stage the face is merely a collection of swellings rapidly growing toward one another in order to fuse together and form the lips, nose and palate. Thus, in a way, everyone starts out with clefts of the lip and palate.

In most cases, these swellings fuse before the end of the first trimester of pregnancy, forming an intact lip and palate. When this fails to happen, a child is born with a cleft of the lip, the palate, or both. Worldwide, facial clefts are estimated to occur in 1 in 700 births, making it one of the most common birth defects.

How clefts harm quality of life

People with cleft lip and palate, as well as their families, face many issues associated with this birth defect. Although clefts may seem like cosmetic problems, they adversely impact basic functions like eating and speaking. Children with clefts must endure multiple corrective surgeries, often beginning when they are only a few months old. However, the surgeries are often just the beginning.

Many years of intensive orthodontic treatment and speech therapy are routinely needed. The total lifetime treatment cost is estimated to be at least US$200,000 per individual. Beyond immediate medical care, individuals born with a cleft also tend to experience more learning difficulties, higher mortality rates at all stages of life, and higher risk for other disorders such as breast, brain and colon cancers.

Children born in the U.S. with these conditions are lucky to have these supports given the myriad challenges cleft lips and palates present. There are superb teams dedicated to advocacy, to their care and support, and who work to address the needs of the children and their families.

Facial clefts have likely been around for as long as people have. An early example is the pharaoh Tutankhamun, better known as King Tut, suffered from a partial cleft palate.

Because clefts are often externally visible features, many have tried to explain their occurrence. An early hypothesis suggested that the mother was pregnant during an eclipse, while Shakespeare attributed the feature to an intervention by mischievous sprites. Many cultures also believed that clefts were “in the blood,” or familial, which aligns with current understanding.

Our group at the University of Pittsburgh has spent many years trying to understand the causes of clefts with some notable successes.

The completion of the Human Genome Project in the late 1990s and early 2000s provided important scientific tools for us to tease out the genetic factors leading to complex traits such as facial clefts. To date, scientists have identified at least 30 possible genetic regions increasing risk of facial clefts, and we suspect that there are still many more regions to discover.

However, population-level studies such as the ones that identified those 30 genetic regions can only tell us so much. Researchers still face a major challenge identifying the specific genes that confer risk to specific individuals and families. There are other mysteries as well, such as why cleft palate alone is more common in girls, but when cleft palate is combined with cleft lip, it is more common in boys.

Parents who have a child with a cleft sometimes blame themselves. This is unfortunate, because there are still no known measures parents can take that will definitively prevent a facial cleft.

Doctors do know that smoking and poor nutrition during pregnancy can increase the chances of having a baby with a cleft. But these are important factors to improve health outcomes for every pregnancy, not just for purpose of preventing a cleft. There is also some evidence that supplementation with folic acid before and during pregnancy may provide some protection.

Tags:about, cleft, Everyone, know, lip, should, what
Related Posts