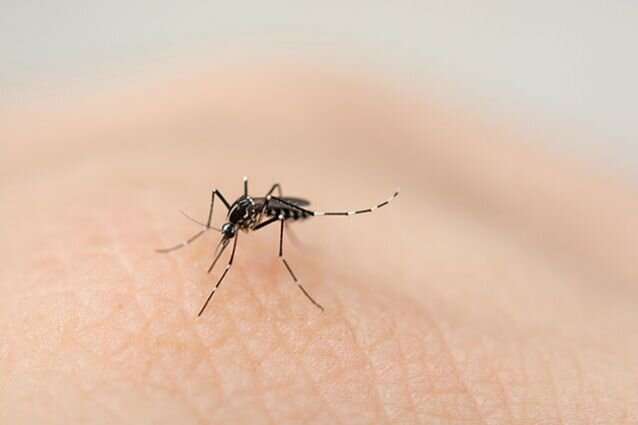 With COVID-19 restrictions easing, people are spending more time at socially distanced outdoor gatherings, whether picnics in parks with friends or backyard movie nights with neighbors. But as we escape the confines of COVID-19 quarantines, we’re heading outside into peak mosquito and tick season.

Have you stocked up on bug spray yet?

Think back to Fall 2019, when Massachusetts faced a different kind of public health threat: an unusually active year for mosquitoes carrying the deadly eastern equine encephalitis (EEE) virus. Symptoms of EEE are flu-like, such as fever, chills, headache, and body aches. But the illness can result in encephalitis—inflammation of the brain that can lead to coma, convulsions, or death. There is no treatment for EEE, and there’s no vaccine for humans (there is a vaccine for horses).

More than 85 towns and cities were at high or critical risk for EEE, and state health officials urged people to avoid being outdoors in the evening, when mosquitoes are most active. From sports events to trick-or-treat on Halloween, activities were rescheduled or canceled to avoid exposure. Twelve people fell ill and three died—the highest numbers since the 1950s.

Of course, those numbers pale in comparison to the more than 104,000 people diagnosed with COVID-19 in Massachusetts this year. Because of that, public health officials are concerned people may not be receptive to warnings about mosquito- and tick-borne diseases, such as Lyme disease, EEE, or West Nile virus.

How big is the threat?

There is no way to tell what kind of year it will be for EEE or West Nile virus, said Cummings School Professor Sam Telford, an internationally renowned expert on diseases spread by ticks and mosquitoes, a commissioner for the Central Massachusetts Mosquito Control Project, and a member of the state Mosquito Advisory Group.

“If we knew, it’d be a big help, but there are variables that can be paradoxical, such as rainfall,” he said. For example, less rainfall might mean fewer places for mosquitos to breed, which would lead to fewer mosquitoes and therefore fewer instances of a transmitted virus. But that’s simply not true.

“In fact, less rain may mean even more West Nile virus, because the main mosquito for West Nile virus, the house mosquito, likes very organic, rich liquids. So, when gutters and sewers dry up because there’s no rain, there’s more organic material in the remaining water for the larvae to eat and produce bigger and better mosquitoes,” said Telford.

The same complication exists with EEE and the cattail mosquito, which Telford calls “the most dominant pest in July.” Cattail mosquitoes are the carriers responsible for transmitting EEE from birds to humans. Their larvae spend winters frozen in the mud of marshes. To survive, the larvae need rain to cover the mud and allow them to develop. Without it, they die, said Telford.

“This year, there’s an awful lot of water on the marshes and we might expect there to be more mosquitoes. But on the flip side, more water might mean arthropods such as water beetles or dragonflies are breeding nicely, too, which prey on the larvae,” he explained.

This uncertainty is why the state typically does not encourage preemptive spraying to kill mosquitos. Generally, strikes have been approved only for public health purposes when officials know there’s going to be a problem—like there will be this year, Telford said. In Central Massachusetts, for example, mosquito-control measures that target larvae are already underway.

“We know the EEE virus comes in three-year and seven-year cycles. It’s here for three years, and then it goes away for seven. This is year two of a three-year cycle, so we do expect to see eastern equine encephalitis in Massachusetts in 2020,” he said. “Typically, virus transmission in birds and mosquitoes starts in late June, and risk for humans typically comes in August, as it takes a while for it to amplify in nature and reach a level where it will spill over to humans.”

The woods have been a safe refuge from COVID-19, but with tick and mosquito season here, precautions beyond a face mask are needed. Wearing insect repellent from head to toe can guard against bites from mosquitos, ticks, and black flies. (Find more ways to stay safe from EEE here.) Repellents should always be applied as directed by the product label.