Malocclusion results in malfunction of the major components involved in chewing including the teeth, the upper jaw (maxilla), the lower jaw (mandibular) and jaw joints (temporomandibular joints). The gums, periodontal structures, and any muscles and ligaments associated with chewing may also be affected. 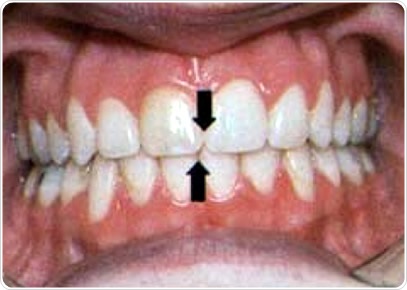 Determining the extent of malocclusion

To determine the level of malocclusion, two major characteristics are assessed:

An ideal occlusion has the following features:

The exact cause of malocclusion is unknown but some of the associated factors are:

Treatment of malocclusion is attempted only when there are symptoms or if there is a desire on the part of the patient to acquire a cosmetically aligned set of teeth for psychological well being. Orthodontic treatments are usually chosen for correction of malocclusion.

Dr. Ananya Mandal is a doctor by profession, lecturer by vocation and a medical writer by passion. She specialized in Clinical Pharmacology after her bachelor's (MBBS). For her, health communication is not just writing complicated reviews for professionals but making medical knowledge understandable and available to the general public as well.