“It is with great sadness that Ned & Morgan inform friends and fans that their two-year-old daughter Haven passed away on October 20th due to a tragic choking accident in the home,” the “Forever a Cowboy” singer’s page announced on Sunday, October 27. “The LeDoux family appreciates your love and support and is requesting privacy at this time.” 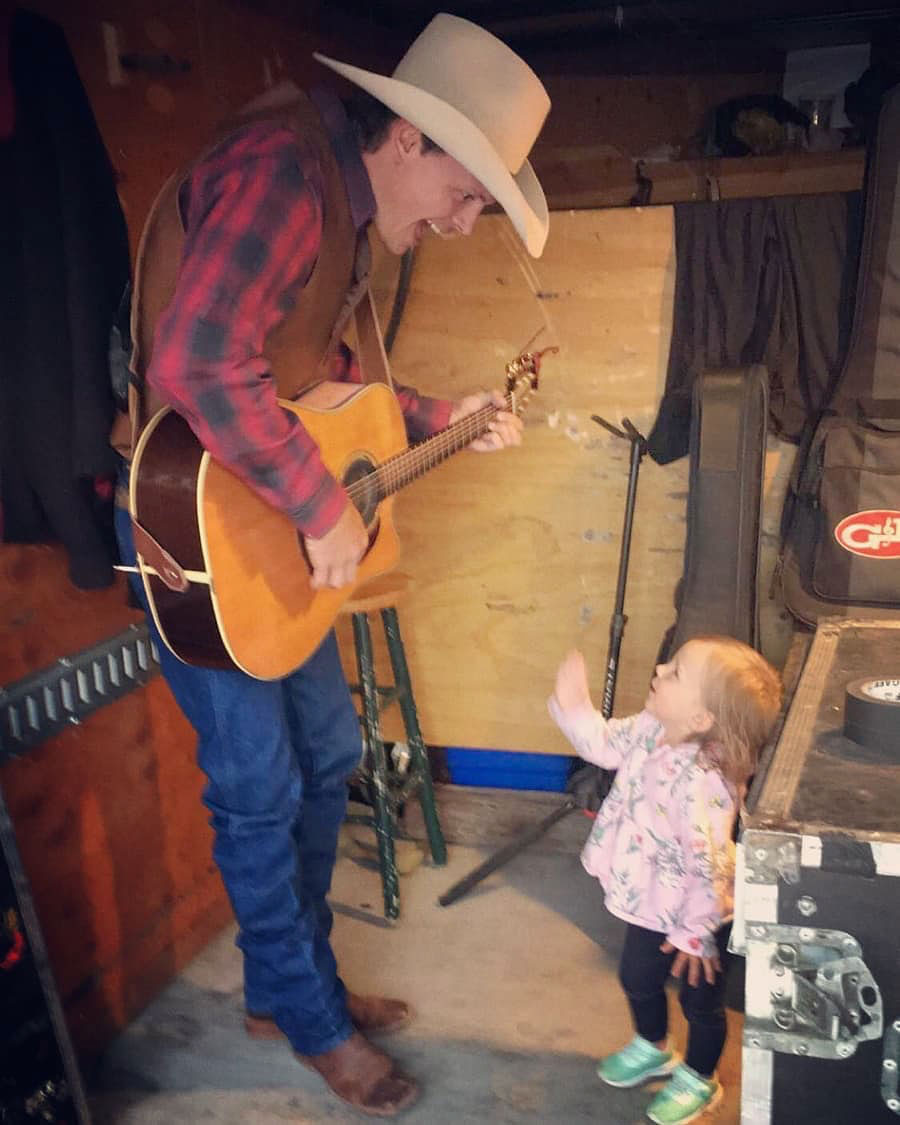 According to Taste of Country, the statement originally included, “Paramedics were called to the family’s northeast Kansas home on October 20th and arrived quickly, but attempts to resuscitate her were unsuccessful.”

Ned celebrated Haven’s 2nd birthday on September 15, captioning an Instagram photo of the toddler at the time: “Turned the big #2 today! Happy to be home for this special day. What a character this one.”

The couple, who have been married for 11 years, also share a son. The Wyoming native is the son of “This Cowboy’s Hat” singer, Chris LeDoux, and he started playing drums for his dad’s band, Western Underground, in 1998. His debut EP, Forever a Cowboy, was released in 2016, and followed this up with his first full-length album, Sagebrush, in 2017.

In July 2018, Ned posted a sweet black-and-white shot of his daughter watching him play the guitar. “A great way to get ready for one of the biggest shows of the year @chefrontierdays love having my family along for this special occasion,” he wrote at the time.

The father-daughter pair took up the same pose in July when the musician captioned an Instagram post: ‘This is my lil girl saying “See ya soon Daddy.’ We’ve got alota [sic] ground to cover this summer. Looking forward to every show along the way.”

Fellow country singer Granger Smith suffered a tragic loss earlier this year when his and Amber Smith’s 3-year-old son, River, died in a drowning accident. “Riv was special. Everyone that met him knew that immediately,” the Texas native wrote on Facebook in June. “The joy he brought to our lives cannot be expressed and his light will be forever in our hearts. If there are words to say more, I cannot find them in this moment. Love the ones close to you. There has never been a more difficult moment for us than this.”