Hilaria Baldwin isn’t ashamed of her vulnerability — despite what the trolls have to say.

“All of a sudden I started getting negative comments about my miscarriage,” the fitness guru, 35, wrote on her Tuesday, November 26, Instagram Story, noting that she’s been called an “attention seeker,” “too old” and “disgusting.” 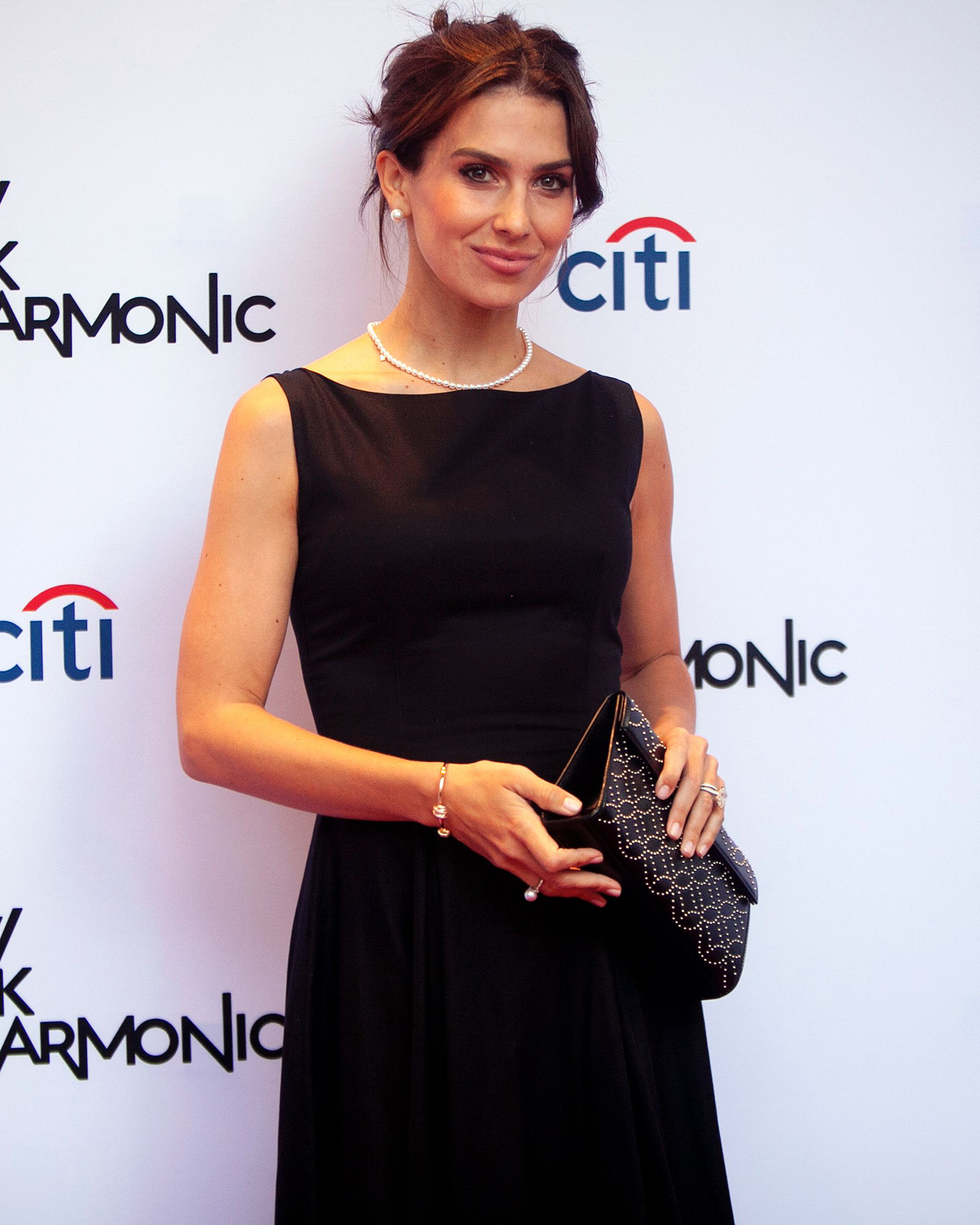 The Living Clearly Method author, who suffered two pregnancy losses this year, went on to write, “Losing a baby at any stage is hitting rock bottom. Rock bottoms sucks. But rock bottom is also eye-opening. Because you understand and have experienced true pain. It makes the trolls seem even smaller than they usually are. Because no words they can use can ever compare to what you have lost. Those of you who bully women who suffer as I have are bringing a cruelty to the world that is so wrong. You are contributing to feelings of shame, fear, insufferable pain. It is for this reason that I have stepped forward and shared as I have. Not for attention but because it is my life story and I decided to open up. You think I wanted this?”

The “Mom Brain” podcast cohost believes moms suffering from miscarriages, who are “the majority, not the minority,” should be treated with “love and support.” She explained, “Our system is broken. Stop the shaming of women simply trying to create family and love.” 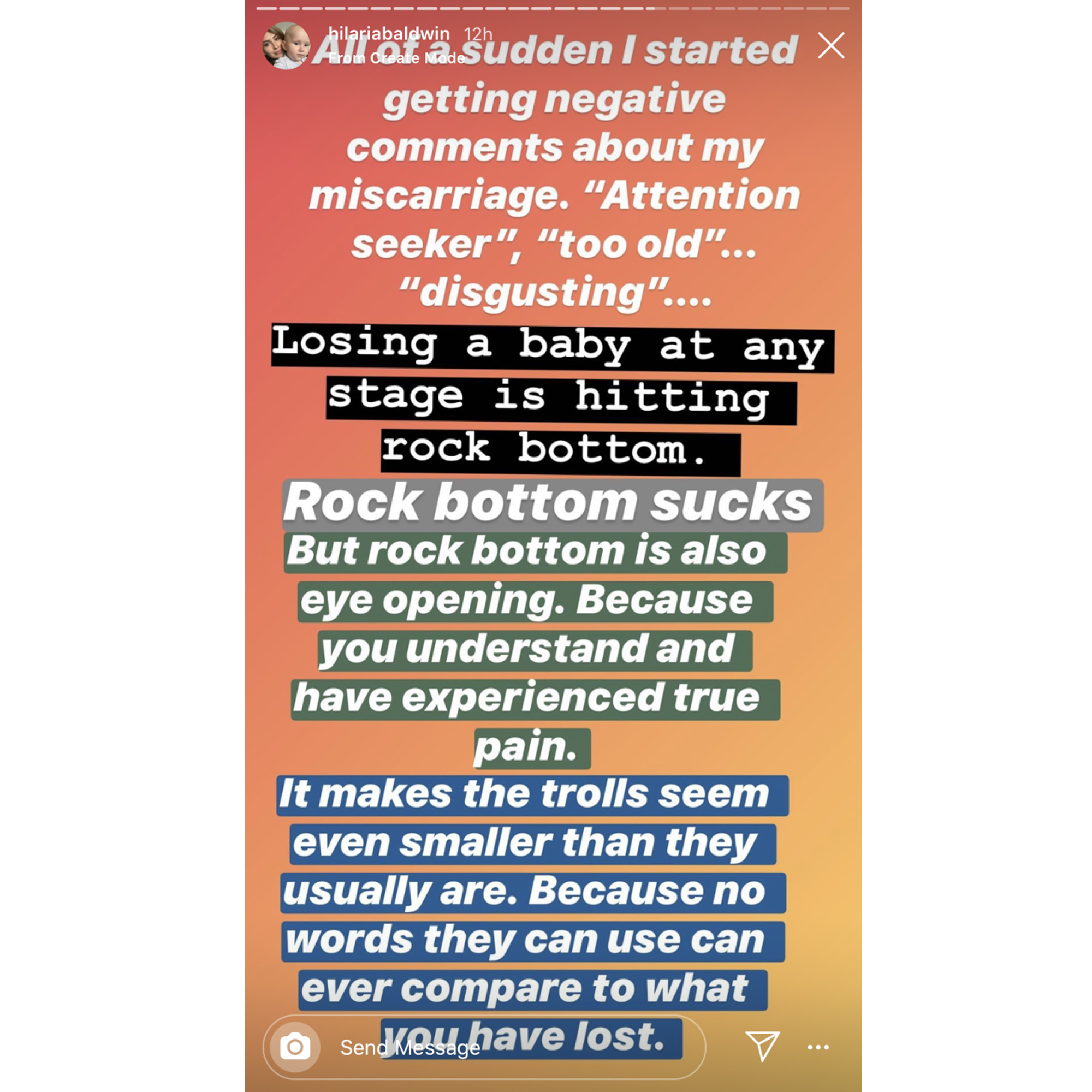 Hilaria, who shares Carmen, 6, Rafael, 4, Leonardo, 3, and Romeo, 17 months, with Alec Baldwin, revealed on Thursday, November 21, that she and James Van Der Beek’s wife, Kimberly Van Der Beek, have supported each other since their losses. (The former business consultant, 37, suffered her most recent miscarriage earlier this month).

“We connected, and I guess we truly know what’s going on for each other,” the former yoga instructor told Extra at the time. “It’s been tough. She’s very strong and my heart is with what’s going on with them.” 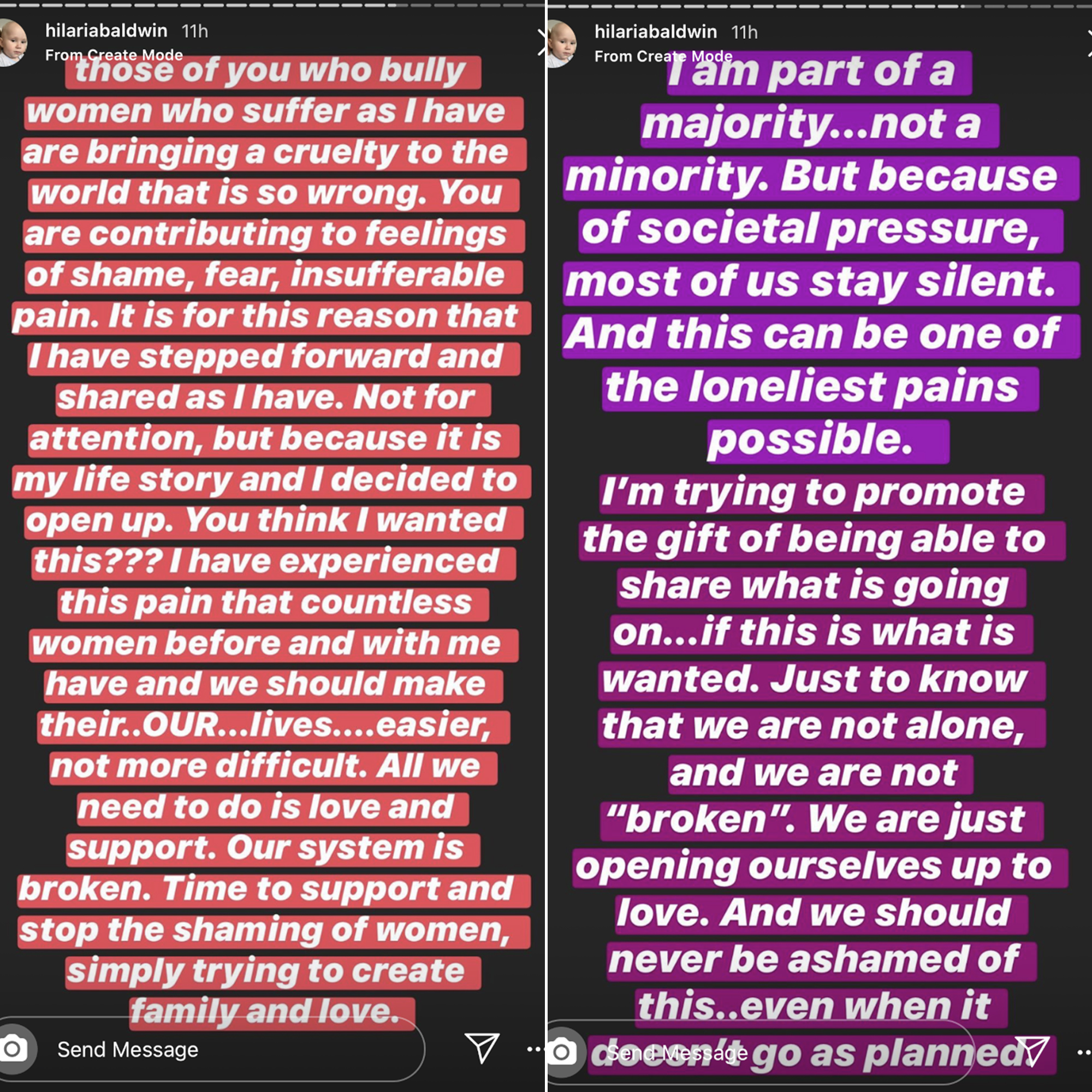 The Mallorca, Spain, native told Us Weekly exclusively on Thursday that she’s doing “good.” Hilaria explained, “Better than yesterday each day. I took a week off from working out. It’s complicated, especially being [four months] along. But yeah, [I’m] stretching, breathing.”