“A simple little mushroom taken off our porch, for now, marks the resting place of their dad,” the model, 54, captioned a Thursday, January 16, Instagram post. “The real thing is being designed jointly by both of them: a fitting tribute to the father they adored. Thank you my darling Oliver for letting me share this private moment. #missdad #loveneverdies.”

A simple little mushroom taken off our porch, for now, marks the resting place of their dad. ………………The real thing is being designed jointly by both of them: a fitting tribute to the father they adored. Thank you my darling Oliver for letting me share this private moment. #missdad #loveneverdies #ricocasek #ricocasekrip

In the social media upload, the former couple’s youngest son, Oliver, 21, knelt in front of the singer’s grave. His 26-year-old brother, Jonathan, was not pictured.

The Grammy winner died naturally of heart disease in his home at age 75 on September 15, according to the NYC Medical Examiner’s Office.

Porizkova honored Ocasek with an Instagram post at the time, writing, “Ric was at home recuperating very well after surgery. Our two sons, Jonathan and Oliver, and I were making sure he was comfortable, ordering food and watching TV together. I found him still asleep when bringing him his Sunday morning coffee. I touched his cheek to rouse him. It was then I realized that during the night he had peacefully passed on. We, his family and friends, are completely and utterly devastated by his untimely and unexpected death and would appreciate the privacy to mourn in private.” 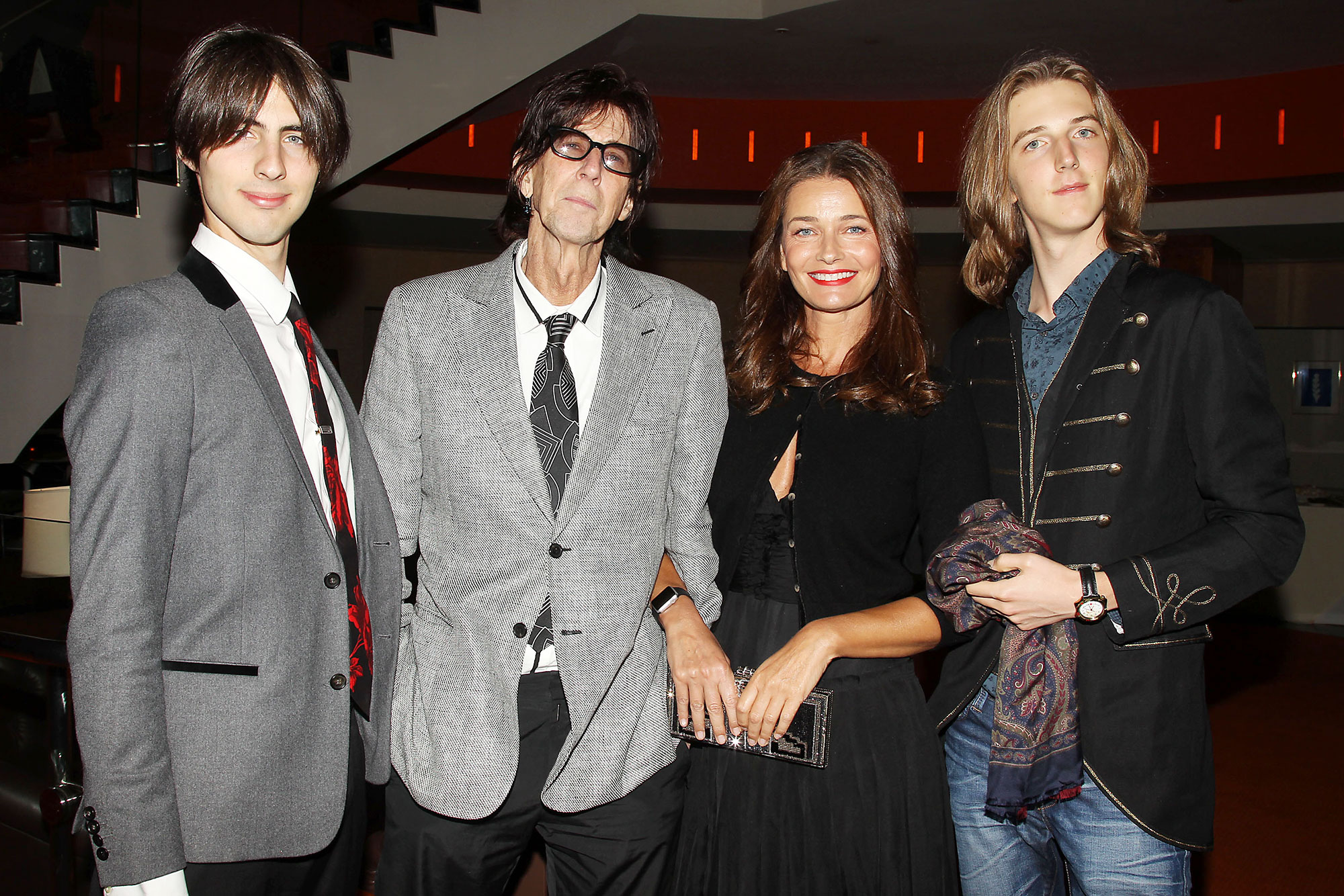 The former America’s Next Top Model judge added a message from Jonathan and Oliver, reading, “Our dad was a prolific doodler. His passing was sudden, unexpected and beyond heartbreaking. Yesterday, we found this last doodle on his armchair. He couldn’t have known what it would end up meaning to us. We love him so much.”

Porizkova and the Maryland native wed in 1989, five years after meeting on the set of The Cars’ “Drive” music video. In May 2018, they announced their split after 28 years of marriage.

“Our family always has been — and still is — a well-built car. When the four of us are together, we can go wherever the road takes us. But as a bicycle, my husband and I no longer pedal in unison. So, we’re ditching the bicycle,” the Model Summer author wrote on Instagram at the time. “Ric and I have been peacefully separated for the past year. The photos of our happy family are, in fact, happy family photos; we are just no longer a couple. The love we have for one another is so wide and deep it’s practically tangible, and that sort of love can never disappear. Expect to keep seeing happy family photos.”