“My little girl Charlotte loves plaits, but her hair’s only this long so we have to do them at the top,” the Duchess of Cambridge, 37, told a young girl while visiting patients at The Nook on Friday, November 15, according to DailyMail’s royal correspondent Rebecca English.

Kate, who also shares sons Prince George, 6, and Prince Louis, 18 months, with the Duke of Cambridge, also 37, dropped her daughter, 4, off for her first day of school — and the little one was rocking a ponytail. As she approached Thomas’ Battersea, along with her older brother and dad, Charlotte reached back and nervously flipped her hair a few times. 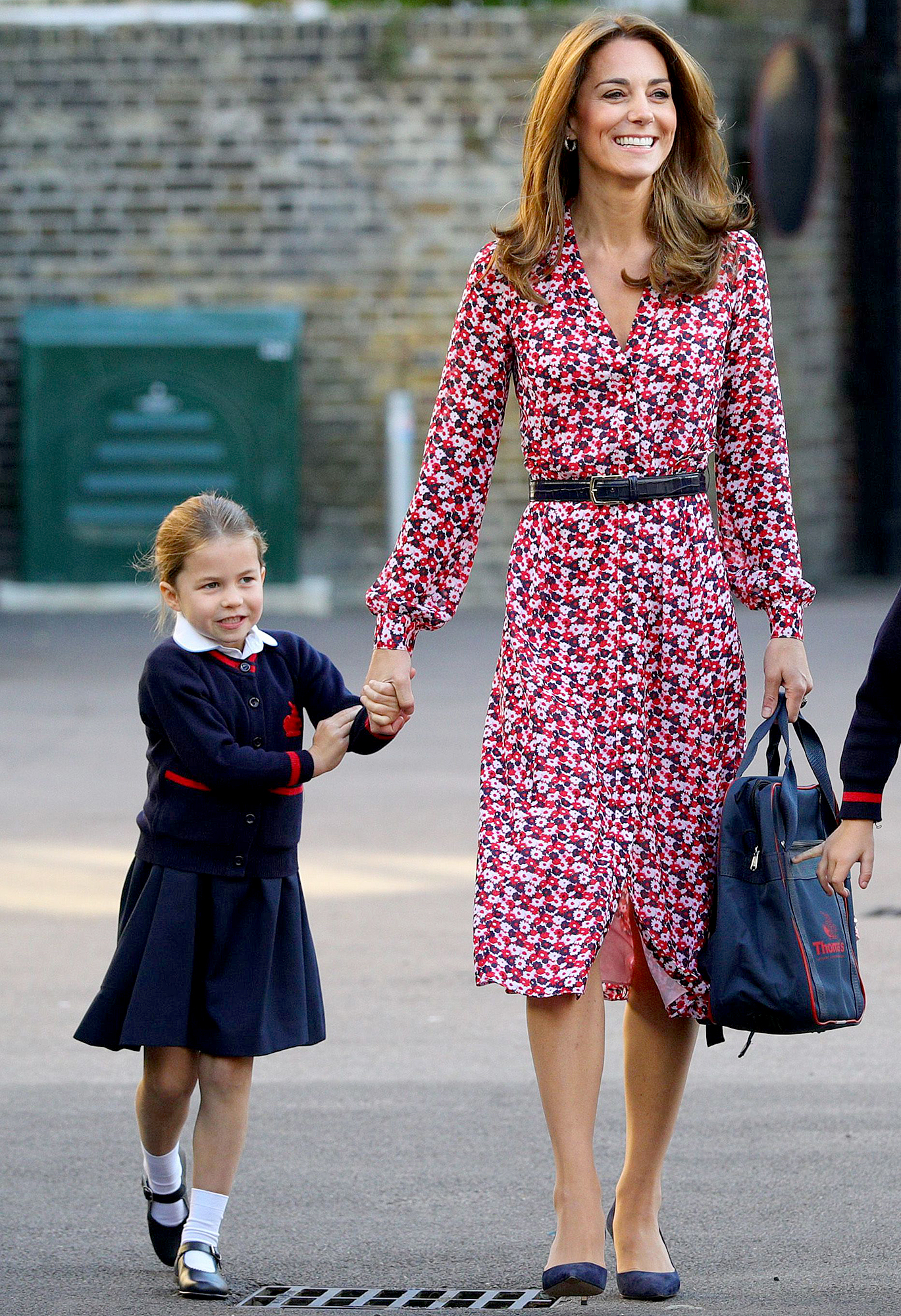 Later that same month, the duke revealed during an engagement that the toddler “loves unicorns.” He emphasized, “Loves them.” In fact, Charlotte’s back-to-school bag featured a pink sequined unicorn keychain.

She and her brother do “bicker over silly things like toys or what TV shows they want to watch,” an insider admitted to Us Weekly exclusively earlier this month, and they are “very different” personality-wise. “Charlotte’s extremely confident and loves attention, whereas George is more reserved, although he is starting to come out of his shell,” the source explained.

With the school holidays approaching, the mini royals will be spending more quality time at home with their parents. “They love going up to Anmer Hall where they’ll do normal things, like watch movies together, grill on the BBQ, play board games and have family football matches,” the insider shared. “Despite their background, William and Kate are incredibly down to earth.”

These activities differ from Kate’s usual schedule while her eldest two children are hitting the books. “Kate has more ‘me time’ and will work out, do the grocery shopping and catch up on any backlog of work,” the source explained. “[She] treats herself to pampering sessions – whether it be a mani-pedi or new highlights.”

Kate and William tied the knot in April 2011 in Westminster Abbey.