We in India have no record of this prince, but Chinese chronicles of the Shaolin temple tell us this legend.

In the 5th (or 6th) century AD, a prince lived in South India (perhaps a Pallava?). His brothers conspired against him and took away his throne. This prince then gave up royal life and became a Buddhist monk called Bodhidharma. He went to live with his guru for many years, who commanded him to go north and spread the word of Buddhism. When his teacher died, Bodhidharma dutifully set off, walking right up to China. The legend goes that his nephew, now the king, thoughtfully sent ahead carrier pigeons, asking the people of China to take care of him.

When Bodhidharma finally arrived in China, the people, who had been notified by the pigeons, flocked to hear him. Emperor Wu, who ruled over the southern bit of China, invited Bodhidharma to come to his palace and asked him, “I have built many temples and monasteries, and copied many religious books. What is my (divine) merit?” Cranky as ever, Bodhidharma answered “None whatsoever!”

Bodhidharma then headed off in the direction of the newly established Shaolin Temple. A Chinese general called Sheng, who had won many battles and killed many monks, started following Bodhidharma around, asking the monk to accept him as his pupil, but was ignored. When they came upon the mighty Yangtse River, Bodhidharma threw a reed in the water, stepped upon it and calmly crossed the river. General Sheng, trying to copy him, threw a bunch of reeds, stepped on them, and sank immediately. Only with great difficulty did he manage to save his own life.

When they reached Shaolin, instead of entering the temple, Bodhidharma went and meditated in a cave-for nine long years! General Sheng sat patiently outside, guarding the monk, and every once in a while, asking to be accepted as his pupil. Bodhidharma never replied. Eventually, the radiance of Bodhidharma’s meditation became so intense that his image was engraved forever on the cave wall.

Shaolin monks are now famous for their one-handed greeting with the right hand, popularised by the one-armed General Sheng! At the Shaolin monastery, Bodhidharma saw that the monks were weak from meditation and fasting. He taught them the martial arts he had learned as a young prince…similar to Kalaripayattu! This gave birth to the famous kung-fu warrior monks of Shaolin!

Bodhidharma started the Dhyan School of Buddhism, which came to be known as Chan in China…and Zen in Japan! Bodhidharma is better known as Damo in China and Daruma in Japan. In fact, the famous papier-mache Daruma doll of Japan (it is considered a good luck charm), is based on Bodhidharma, with its curly beard and large eyes. At the beginning of every New Year, Japanese people burn their old dolls and get new ones. A famous temple in Japan even has a Daruma festival every March, attended by nearly half a million people! 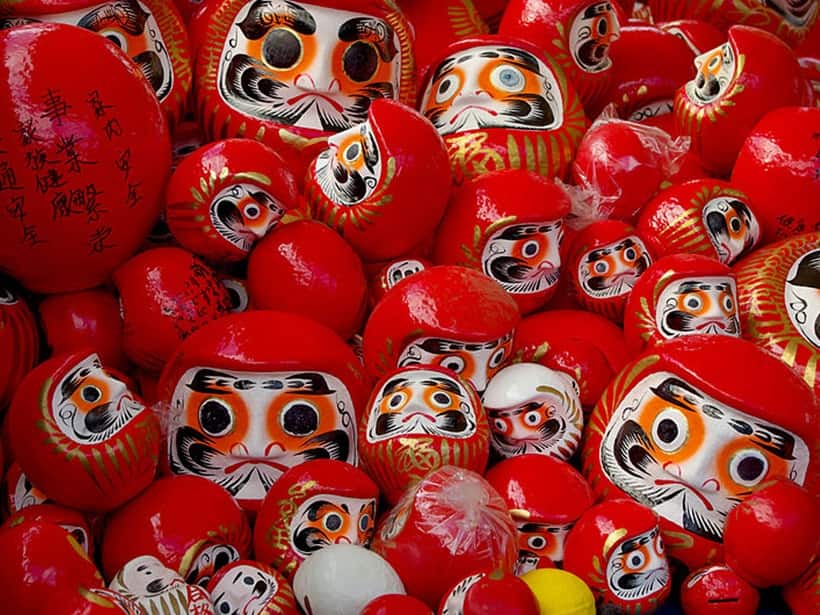 (For more fun journeys through India’s history, check out the newly released two-volume set, The History of India for Children Vol. 1 and Vol. 2, published by Hachette India, which is now available online and in bookstores across the country.)