A bride and groom’s wedding day is supposed to be the happiest day of their lives, but sometimes the age-old saying just doesn’t live up to its expectation — especially when self-centered “loved ones” steal all the joy from the day, then gaslight the unhappy couple for calling out their hurtful behavior.

This Reddit bride-to-be can see the writing on the wall with her father and one of her sisters acting exactly as we’ve described above, and she’s determined to have her big day be hers — as it should be — so she’s banned her sister from attending the event and has decided against having her father walk her down the aisle. While she may sound like a bridezilla on the surface, Reddit is rallying in her corner, fully supporting her decision to protect her mental health and prioritize her own happiness on her wedding day. Let’s dive into why.

The woman gives us the background information we need to understand where she’s coming from, writing, “My sister (31F) Stephanie was our parents’ golden child while me (28F) and my other sister (33F) Emily were always an afterthought. Our parents would tell Emily it was okay for Stephanie to insult her and steal her things because ‘she’s your baby sister!’ They would allow Stephanie to do the same to me because ‘your big sister knows better than you and you need to listen to and respect her.’” Okay, so the favoritism is strong in this family — we’re already sympathizing with this bride’s point of view.

The woman continues, “Stephanie was the center of attention at any event. She would get more gifts than us on our own birthdays and would also get to select the theme and who was invited.”

Hold please — what? Sure, Stephanie should be able to choose the theme and guests for her own birthday parties, but dictating her sisters’ as well, and receiving more presents than them on their own birthdays? OP is rightfully resentful toward her spoiled sister and unfair parents.

“This has continued even as Stephanie is now an adult,” the bride explains. “Stephanie not only chose a place I hated for my graduation dinner, but she also chose to announce her pregnancy at the same dinner and my parents knew about it. They scolded me for being upset because ‘A diploma’s a piece of paper. This is a new life!’” — Our jaws are on the floor — “and they said how important it was that everyone was there for the news of the family’s first grandchild.” Our blood is boiling for the OP — her sister is not only incredibly selfish, but her malicious behavior is routinely reinforced by their parents in a toxic cycle of inconsiderate actions. 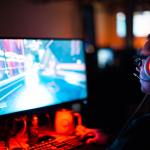 “I realized that they would never value me compared to Stephanie,” the youngest sister writes. “Since then, I have not spoken to Stephanie or my parents beyond emergencies concerning other family members, and neither has Emily. We have communicated slightly more since my mother passed away but it is still extremely limited.” We’re all for OP and Emily adhering to the boundaries they’ve had to put in place — their reluctant communication is on Stephanie and their parents, not the emotionally neglected sisters.

The woman them delves into the current issue, writing, “I am getting married, and my father has reached out to me about the plans for he and Stephanie to arrive early since he assumed that he would be walking me down the aisle while Stephanie would be an honorary lead bridesmaid of sorts (Emily is already my maid of honor.)” Sounds about right, bbased on everything else the bride has shared.

“I explained to my father that Matt, my best friend since college, would be walking me down the aisle,” she continued to explain. “My father started making comments about how this was ridiculous/disrespectful because the man who raised me and gave me life should matter more to me than ‘some college buddy.’ He then demanded to know about Stephanie’s spot as a bridesmaid.” The depth to which this dad’s head is up his own rectum is honestly impressive. If he wants to talk about being ridiculous and disrespectful, we have some choice words for the hypocritical man.

OP continues, “I told him that Stephanie was not invited to the wedding because I know if Stephanie attends that she will as always be made the center of attention. I want a day about me and my own accomplishments/milestones instead of it being all about Stephanie. I don’t care how bratty it sounds.” It sounds totally valid to us given this family’s history.

After explaining that her father continued to argue with her, shocking absolutely no one, the bride revealed, “I got fed up and told him he can go walk the daughter he actually cared about down the aisle and hung up.” You know that meme of Meryl Streep clapping and cheering at the Oscars? That’s us right now.

The bride shared that many people in her extended family are now criticizing her, sharing, “They are saying how my mother became extremely ill during her pregnancy with Stephanie, the doctors were not optimistic about them both surviving. And I could never truly understand what that would be like to live in constant fear of losing your child.”

It’s giving gaslighting — of course it would be harrowing in the moment to have those fears, but both the mother and Stephanie survived and thrived well beyond the pregnancy and birth. Validating the parents’ extreme preference for Stephanie because of her survival expectations as of 30+ years ago, which she clearly overcame, seems just as ridiculous as every other mistreatment Emily and the OP had to endure.

The bride concludes, “Many are saying that I am wrong to ban Stephanie from the wedding, because in a way she is also a victim of our parents’ favoritism. They point out that Stephanie isn’t having the easiest time in life right now, and she could use some sisterly support/involvement. I disagree with these points, but AITA?”

Redditers rushed to the replies to let the OP know she is most definitely not the a-hole, with one user writing, “Stephanie can speak to a professional for the tough time she is having, it is not on you to hold your breath for the entirety of your wedding day, as for dad, yeah, you don’t get to play favourites and assume you are the apple of all your children’s eyes. Ignore the extended family and their bs reasons, they weren’t living your life for even an hour, so away with them.”

Another user expressed their sympathies, writing, “Your decision doesn’t come from a selfish place, it comes from a long history of knowing that you’ll be disrespected and made to feel less. In any other situation this should be intolerable and you should feel justified in protecting yourself and those who love you and want to share in the celebration. Unfortunately I doubt your father will ever acknowledge or accept his role in all of this, but perhaps, in time, Emily and yourself might consider if it’s worth beginning a conversation with your sister.”

Expressing concerns that the father would connive a way to bring Stephanie along even though the OP made it clear she’s not invited, a commenter wrote, “there’s pretty high chances that he brings the sister as his +1 … seems he wants to make your wedding about her :/ also its your wedding, you get to choose who is invited or not. If he is not happy with it, he can stay away from it. If I were you I would tell the wedding party and security on the venue if there is some about the situation so they can take action if the sister (and maybe the dad?) show up.”

We’re wishing this bride all the peace and happiness on her big day, which will hopefully be free of family drama. If the father and sister decide to once again make the OP’s day about Stephanie, we can see it being the straw that breaks the camel’s back in this family’s already-strained relationship.

Before you go, check out these unbelievable stories about Reddit’s worst dads.