Live awards ceremonies are certainly different in the age of this pandemic, but the 2020 Emmy Awards and Gabrielle Union have proven that some of those changes are for the better. In a celebrity-fueled segment about the night's nominated television series, Union appeared via webcam, live from the comfort of her own bathroom. With husband Dwayne Wade in the background, Union voiced her love for Issa Rae and Insecure — all the while, her curly hair was wrapped up in a white shower cap with itty bitty black polka dots.

Although some fans were disappointed to hear that Union is #TeamLawrence, everyone was just stoked to have her on their screens, if only for a short moment. And it wasn't just that shower cap moment that made her appearance one of the most relatable moments of the whole broadcast, by the way. It was ultimately her, um, appreciation for Insecure's male nudity. (And I quote: "They show the boys' booties.") 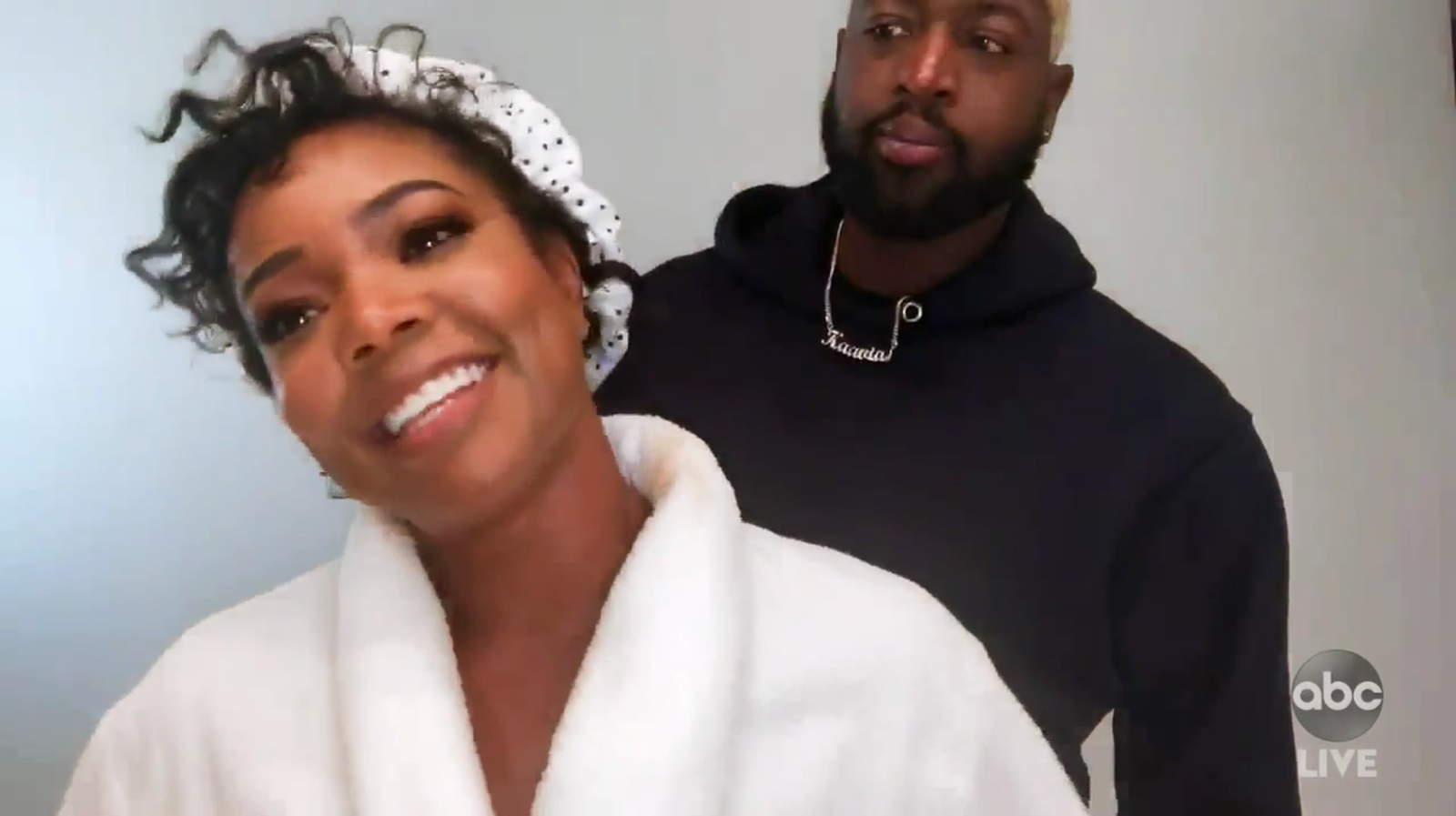 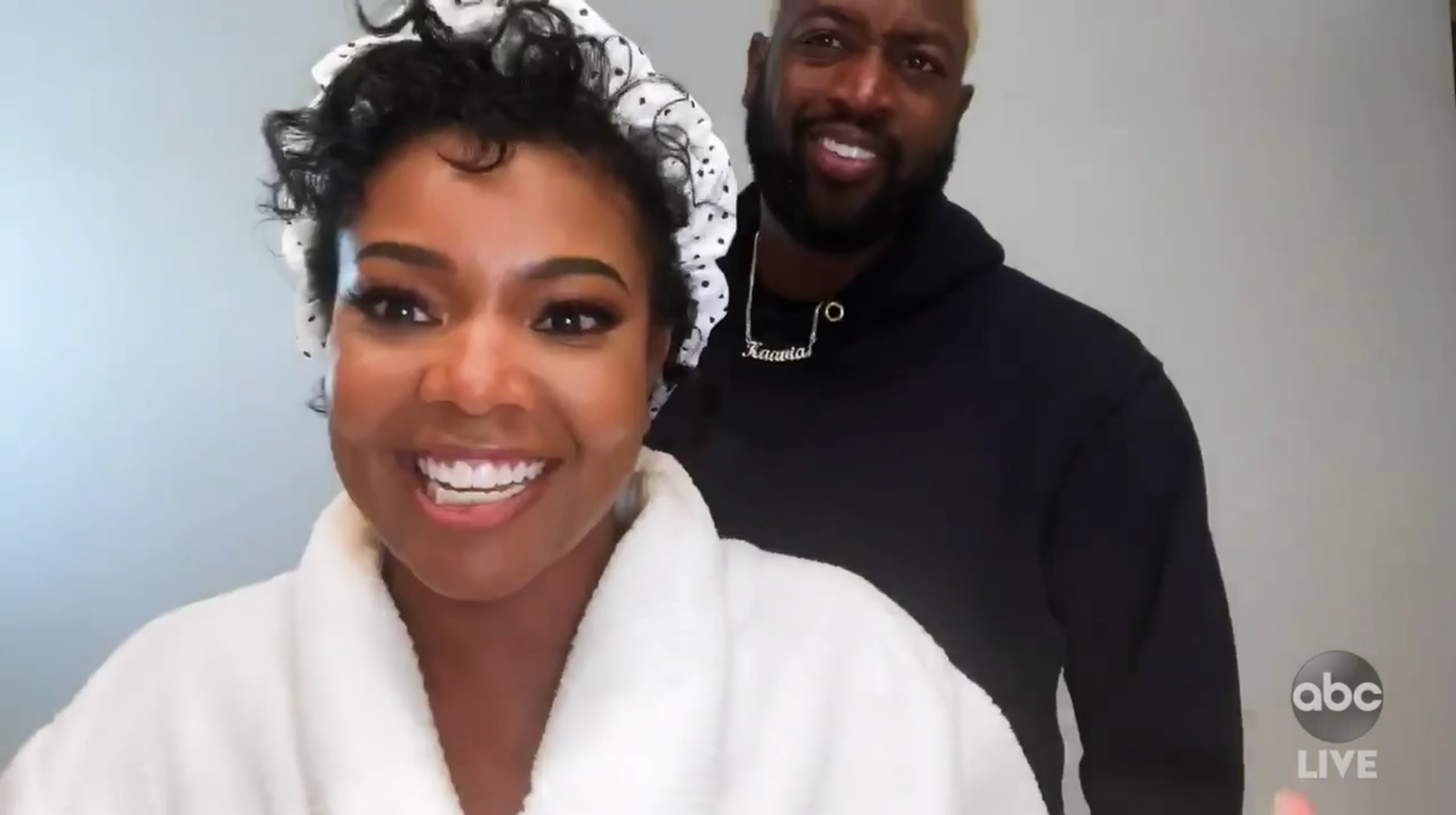 Anyway, if I have one (very small) critique of this otherwise perfect TV moment, it's that I didn't get to see Union's gorgeous hair in its full glory. Because if there's one thing all of Union's high-profile appearances share, it's epic hair moments — whether they're in the form of a blunt, platinum-blonde bob, soft curtain bangs, or her beautiful natural curls. Still, it's always refreshing to see a celebrity in their natural habitat, likely enjoying their pajamas and pajamas instead of tight shapewear and high-heeled shoes. If I were in Union's shoes, I'd come in my coziest robe and cap, too.