A doctor may perform one or more tests to diagnose atrial fibrillation (A-fib). The doctor will look for signs of A-fib as well as any underlying conditions that might be causing arrhythmia and possible complications. Sometimes a doctor will refer someone to a cardiologist, who is a specialist in heart disease. In this article, we
Read More 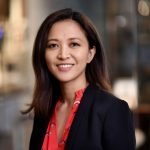 Interfering with inflammatory signals produced by heart muscle cells might someday provide novel therapeutic strategies for atrial fibrillation, according to an international team of researchers who have published their findings in the journal Circulation. “Atrial fibrillation is the most common heart arrhythmia, and it is particularly observed in the elderly human population, which is growing
Read More