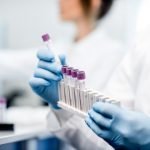 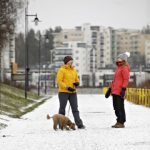 St. Jude Children’s Research Hospital scientists have cracked the mystery surrounding the most common genetic cause of amyotrophic lateral sclerosis (ALS), or Lou Gehrig’s disease. The research suggests possible new approaches to diagnosis and treatment of the lethal disorder. The findings appear online today in the journal Molecular Cell. About 35 percent of ALS cases
Read More

Accumulation of fat in the liver, known as fatty liver disease, is experienced by over 5.5 million Australians, including more than 40% of all adults over the age of 50. Fatty liver develops from a combination of both genetic and environmental causes, which influence the age of onset and severity of the disease. Experts are
Read More 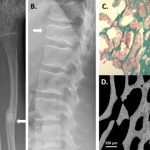 More people today are poised to explore space than ever before; those who do will experience the effects of microgravity on the human body. Recognizing the need for more data related to those effects, Medical University of South Carolina (MUSC) neuroradiologist Donna Roberts, M.D., and co-author Lonnie G. Petersen, M.D.,Ph.D., University of California San Diego,
Read More

Patients with ALS frequently have a string of repeated DNA code in the cells of their brain, carrying hundreds to thousands of copies within the gene C9orf72. New research looks at what triggers these repeated sequences to eventually produce the toxic proteins that are associated with ALS, frontotemporal dementia, and other neurodegenerative diseases in patients
Read More
Health Problems