Medication administration errors leading to death are common with anticoagulants and antibiotics in particular, according to a new study that analysed incidents reported in England and Wales. The most common error category was omitted medicine, followed by a wrong dose or a wrong strength. In half of the reported incidents, the patient was aged over
Read More

Young footballers would become better players if coaches spent more time training them to scan the field and less on focusing on the ball. New research by sports experts at the universities of Chichester, Portsmouth, and Limerick suggests reading the game should be taught to players from a young age, in tandem with ball skills,
Read More

A systemwide change to the culture and climate in higher education is needed to prevent and effectively respond to sexual harassment, says a new report from the National Academies of Sciences, Engineering, and Medicine. There is no evidence that current policies, procedures, and approaches — which often focus on symbolic compliance with the law and
Read More

It can be distressing to witness the pain of family, friends or even strangers going through a hard time. But what if, just like strengthening a muscle or learning a new hobby, we could train ourselves to be more compassionate and calm in the face of others’ suffering? That is the question behind research from
Read More

Children who participate in gun safety programs often ignore what they learned when encountering a real firearm, according to a Rutgers School of Nursing study. The report, published recently in Health Promotion Practice, reviewed 10 studies on the effectiveness of strategies for teaching gun safety to children ages 4 to 9. The researchers found such
Read More

Top-ranked reviewers on online retail sites such as Amazon.com may influence purchases, but a research study from Indiana University’s Kelley School of Business finds that those who post reviews less often and more informally can be seen as more trustworthy and have more of an impact on sales. Shyam Gopinath, assistant professor of marketing at
Read More

Prescription drug monitoring programs (PDMPs) are a key component of the President’s Prescription Drug Abuse Prevention Plan and considered a critical tool for reducing prescription opioid-related illness and death. The results of a study just conducted at Columbia University’s Mailman School of Public Health and University of California, Davis, show there is insufficient evidence to
Read More 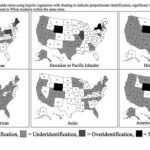 For high school baseball pitchers, limiting throws during a game helps to prevent fatigue and injuries. But nearly half the number of pitches — ones thrown during warm-ups and in the bullpen — are typically not counted, adding significantly to a pitcher’s risk of injury, new findings by University of Florida Health researchers show. Excessive
Read More
Health Problems