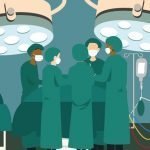 Michigan’s Medicaid expansion was associated with more people receiving procedures for coronary artery disease without a negative effect on patient outcomes. That’s according to a recent research letter in the Journal of the American College of Cardiology. “Relative to the 24 months prior to the April 2014 expansion, patients having coronary revascularization procedures within 24
Read More
Health Problems