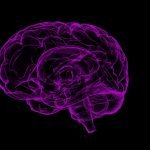 Researchers led by a team from The University of Texas Medical Branch at Galveston were able to dramatically reduce the pain of fibromyalgia patients with medication that targeted insulin resistance. This discovery could dramatically alter the way that chronic pain can be identified and managed. Dr. Miguel Pappolla, UTMB professor of neurology, said that although
Read More 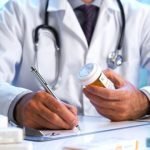 Someday doctors may prescribe sugar pills for certain chronic pain patients based on their brain anatomy and psychology. And the pills will reduce their pain as effectively as any powerful drug on the market, according to new research. Northwestern Medicine scientists have shown they can reliably predict which chronic pain patients will respond to a
Read More 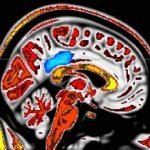 Ever wonder why some people seem to feel less pain than others? A study conducted at Wake Forest School of Medicine may have found one of the answers — mindfulness. “Mindfulness is related to being aware of the present moment without too much emotional reaction or judgment,” said the study’s lead author, Fadel Zeidan, Ph.D.,
Read More

Healthy muscle cells rely on the protein dysferlin to properly repair the sarcolemmal membrane, a thin specialized membrane that serves a vital role in ensuring that muscle fibers are strong enough and have the necessary resources to contract. Mutations in the DYSF gene that produces this essential protein causes limb girdle muscular dystrophy type 2B
Read More

Patients with persistent facial pain are costing the economy more than £3,000 each per year, new research has revealed. Experts at Newcastle University, UK, say introducing an electronic referral system to speed up diagnosis and treatment is likely to improve quality of life and save money. The team has assessed the hidden costs of people
Read More 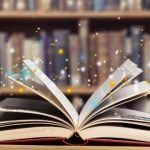 A new computational-model designed by researchers at UCL based on data from the Champalimaud Centre for the Unknown reveals that serotonin, one of the most widespread chemicals in the brain, can speed up learning. Serotonin is thought to mediate communications between neural cells and play an essential role in functional, and dysfunctional, cognition. For a
Read More

A team of researchers at Johns Hopkins have found that activating nerve cell receptors along two chemical pathways — one that has previously been linked to how the brain senses “itch” — may improve pain relief when combined with conventional ways to blunt pain using opioid drugs, such as morphine. The study results, published in
Read More

Giving opioids to animals to quell pain after surgery prolongs pain for more than three weeks and primes specialized immune cells in the spinal cord to be more reactive to pain, according to a new study by the University of Colorado Boulder. The authors say the paradoxical findings, if replicated in humans, could have far-reaching
Read More

For hospitalized patients, pain is an all-too-common part of the experience. Even among U.S. patients who have not undergone surgery, more than half receive at least one dose of an opioid for acute pain during their stay. Even as current research demonstrates that hospitalized patients’ exposure to opioids has contributed to the nationwide addiction epidemic,
Read More
Health Problems