Repetitive knee stress and failure to accommodate sufficient rest between periods of strenuous exercise may be key factors behind the rapid rise in anterior cruciate ligament (ACL) injuries in world sport, a new international study has found. While it is already well recognised that a single supramaximal force can cause ACL failure, it has been
Read More

Researchers at UC Davis and UC San Francisco have found a way to teach a computer to precisely detect one of the hallmarks of Alzheimer’s disease in human brain tissue, delivering a proof of concept for a machine-learning approach to distinguishing critical markers of the disease. Amyloid plaques are clumps of protein fragments in the
Read More

In what has been called “the largest mass poisoning of a population in history,” some 40 million people in Bangladesh are drinking water that contains unsafe levels of arsenic. The naturally occurring element seeps into groundwater reached by shallow wells, and from there it has a huge impact on the health and lives of Bangladeshis;
Read More

A brain disorder that mimics symptoms of Alzheimer’s disease has been defined with recommended diagnostic criteria and guidelines for advancing future research on the condition. Researchers at Rush University Medical Center and scientists from several National Institutes of Health-funded institutions, in collaboration with international peers, described the newly-named pathway to dementia, Limbic-predominant Age-related TDP-43 Encephalopathy,
Read More 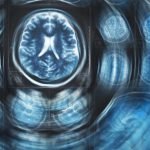 Worldwide, 50 million people are living with Alzheimer’s disease and other dementias. According to the Alzheimer’s Association, every 65 seconds someone in the United States develops this disease, which causes problems with memory, thinking and behavior. It has been more than 100 years since Alois Alzheimer, M.D., a German psychiatrist and neuropathologist, first reported the
Read More

Seemingly harmless fluid-filled spaces around the cerebral small vessels, commonly seen on brain MRIs in older adults, are now thought to be associated with more compromised cognitive skills, according to a Vanderbilt University Medical Center study published in Neurology. The new findings challenge longstanding beliefs that these areas — known as perivascular spaces — are
Read More

Accumulation of fat in the liver, known as fatty liver disease, is experienced by over 5.5 million Australians, including more than 40% of all adults over the age of 50. Fatty liver develops from a combination of both genetic and environmental causes, which influence the age of onset and severity of the disease. Experts are
Read More
Health Problems